Honshu is Japan's largest island and contains most of the country's best-known cities and destinations.

But its size and geographic diversity also means there are hundreds of barely known spots, making getting off the beaten path easy and rewarding. 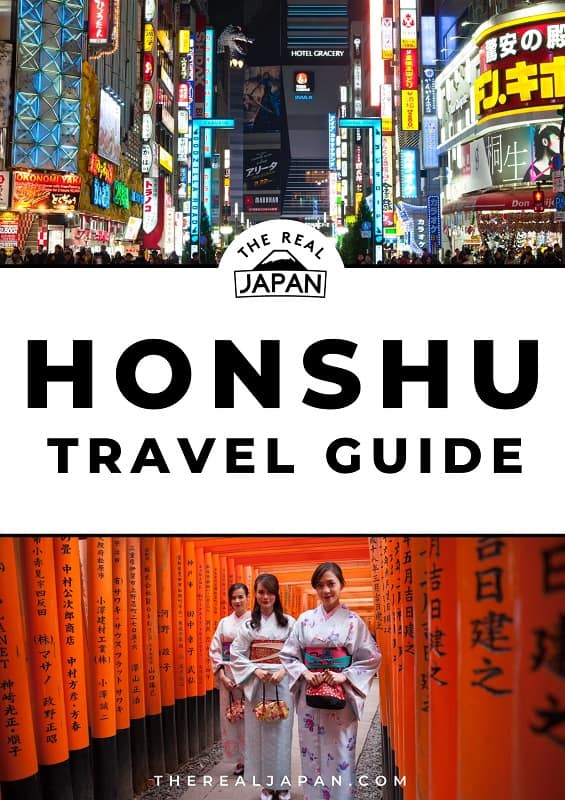 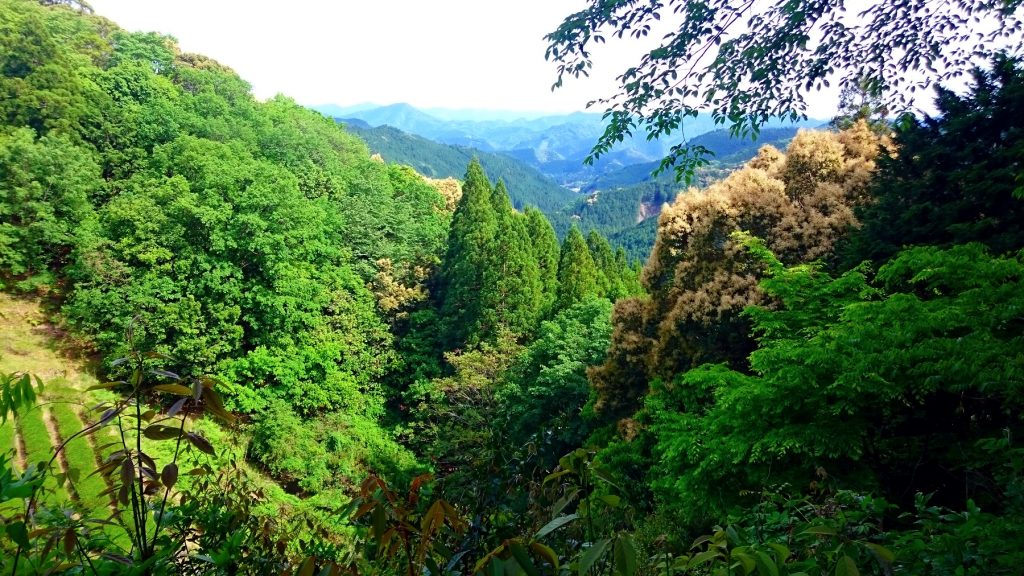 Where Is Honshu Located?

Honshu (pronounced 'hon-shoe') is 88,000 square miles (228,000km), with a population of around 104 million, accounting for more than 80% of the total population of Japan. It's split into five regions (from the northeast to southwest): Tohoku, Chubu, Kanto, Kansai (also known as Kinki), and Chugoku.

Honshu is the seventh-largest island in the world, and the second-most populous after the Indonesian island of Java.

The capital, Tokyo, sits roughly in the the middle on the Pacific coast to the east. 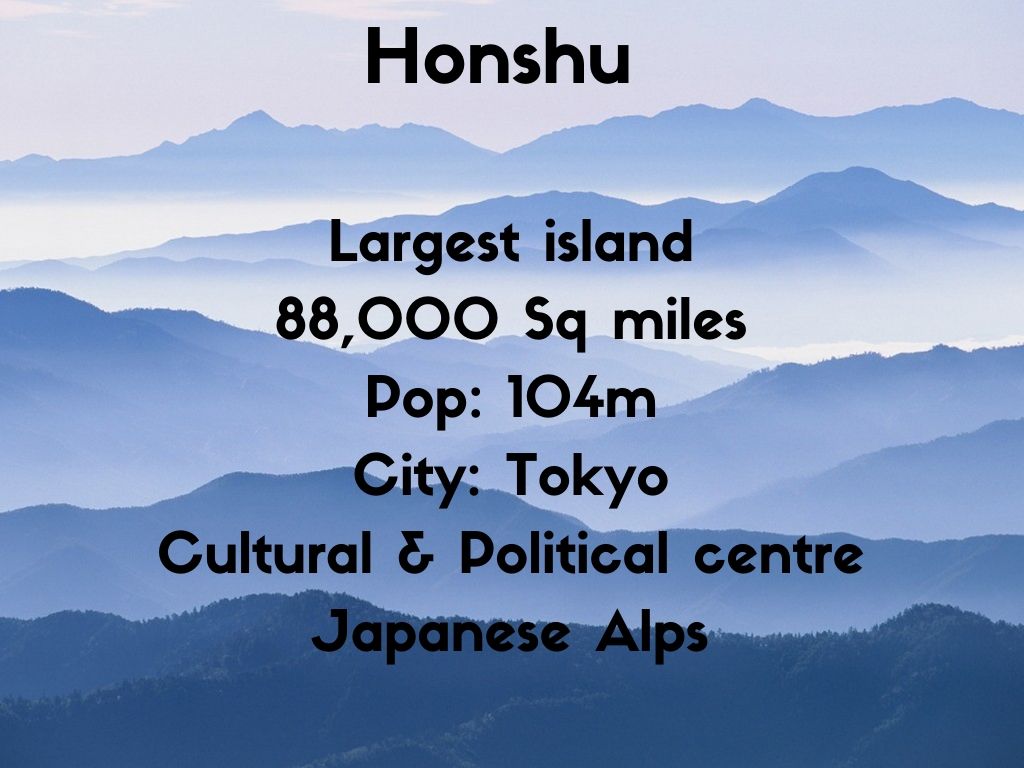 The island stretches northeast to southwest across 810 miles (1,300km), with the climate cooler in the northern regions (below Hokkaido) and humid and subtropical in the southwest (ahead of Kyushu).

Still, as it occupies the middle of the Japanese island chain, most of Honshu still has four distinct seasons.

This mean planning a trip to Honshu to experience specific weather can be easily done. Just be aware of some seasonal weather patterns, like the annual rainy season (broadly June through to mid-July) and typhoons (at their worst between August and September).

Although there is some variation at the northen and southern ends of the island, here's a an overview of when the seasons genrally fall on Honshu and what to look out for...

Tokyo is the first place most people will visualise when they think of Japan.

But don't make the mistake of thinking Tokyo = Japan. Japan is an incredibly varied country and rewards exploration. Same goes for Tokyo. Whatever your niche interest, there's a good chance Tokyo can deliver on it, if you're willing to step beyond the famous tourists spots.

You could mistake Tokyo's backstreets for Kyoto, if you wander just a little off the main routes

If you're here for the frantic, kinetic, dazzling and noisy image of Japan you'll be perfectly happy. But take a few moments to stroll just a little off the beaten path (particularly in the east of the city) and you'll soon find many quiet oases.

Grab a Tokyo Wide Area Pass (one of Japan's regional Japan Rail Passes) and be surprised at just how much there is in the greater Tokyo and surrounding areas. Fans of Japan's leading anime film company Studio Ghibli (as well as anyone who want to channel their inner-child) should head for the magical Ghibli Museum in Tokyo's western Mitaka suburb.

If Tokyo is the place that most travellers to Japan begin their journey, Kyoto usually isn't far behind on the itinerary.

And rightly so. As Japan's former imperial capital and the cultural heart of the country there are plenty of reasons why Kyoto is so popular. 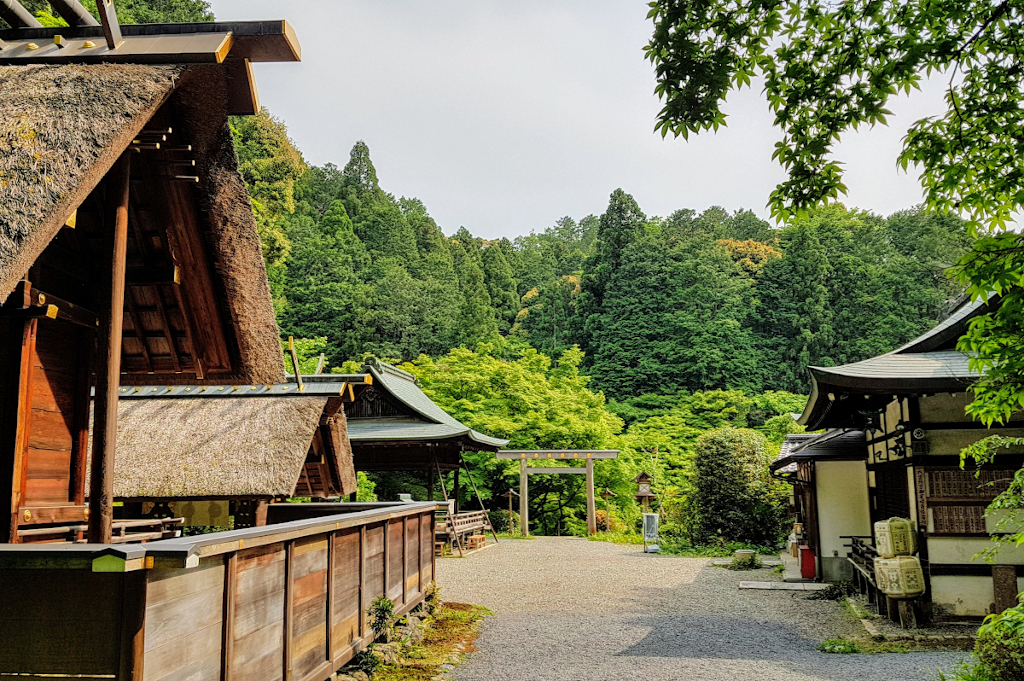 Many head to Kyoto for its impressive array of shrines and temples. If that's what you seek, but want to avoid the slow, shuffling crowds of tourists, head to the north of the city and spend time walking around the lovely Kamigamo Shrine. Kyoto is also the perfect place to experience the wonderful Japanese tea ceremony.

Here's three hidden Kyoto walks that will get you off-the-beaten-path, including a hike into the Uji mountains where you'll be rewarded with remote shrines like Himukai Daijingu.

Just half an hour by train from Kyoto is Japan's second city Osaka.

It has a reputation for being the 'hair down', more boisterous counterpart to the more up-tight capital. And justifyably so! If you're looking for a good time, Osaka will not disappoint. The food here (including local specialities like takoyaki, okonomiyaki and kushikatsu) covers the entire spectrum of what's available in Japan, earning the city the label of 'Japan's kitchen'. 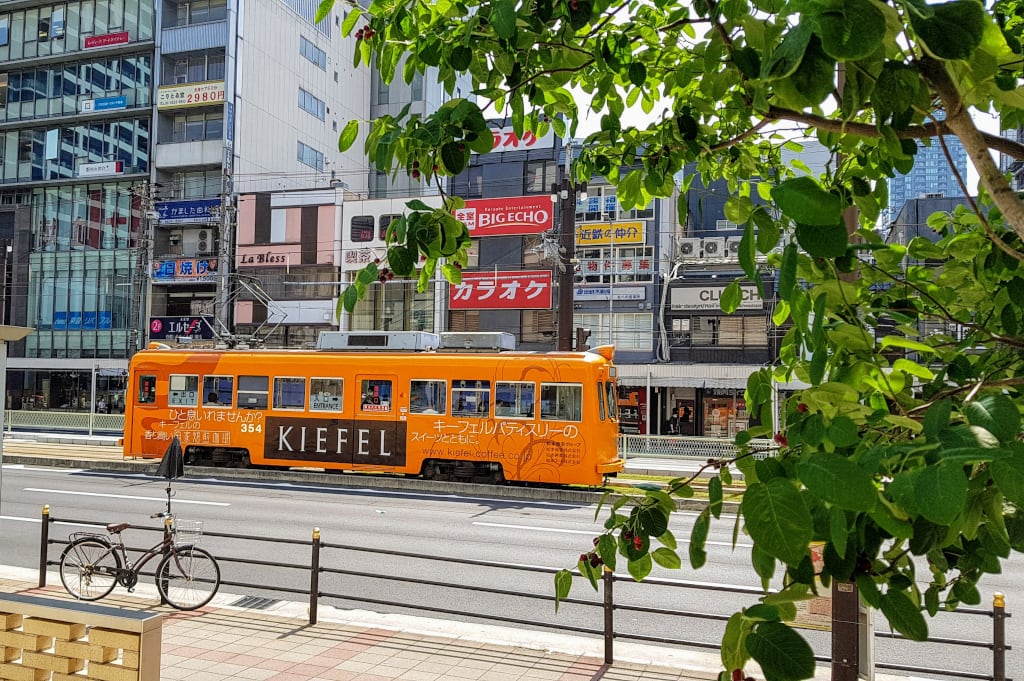 The Hankai Tramway is the last remaining tram service in Osaka, connecting nearby Sakai City

If food is your thing then Osaka is an absolute must. I've compiled a 3-Day Osaka Itinerary that includes some of my personal recommendations (including restaurant suggestions).

I'm also about to publish a unique guide to Osaka with my personal recommendations for things to experience that you won't see anywhere else. Subscribe and get a notification of when that is published.

If you're heading to Hiroshima (western Honshu's largest city) I recommend allowing plenty of time to fully take in the incredibly moving (and sometimes upsetting) Hiroshima Peace Memorial Museum and its Peace Memorial Park outside. Think about making time to visit the iconic Itsukushima torii, the enormous bright red gate that rises out of the Seto Inland Sea, and gateway to Miyajima Island. 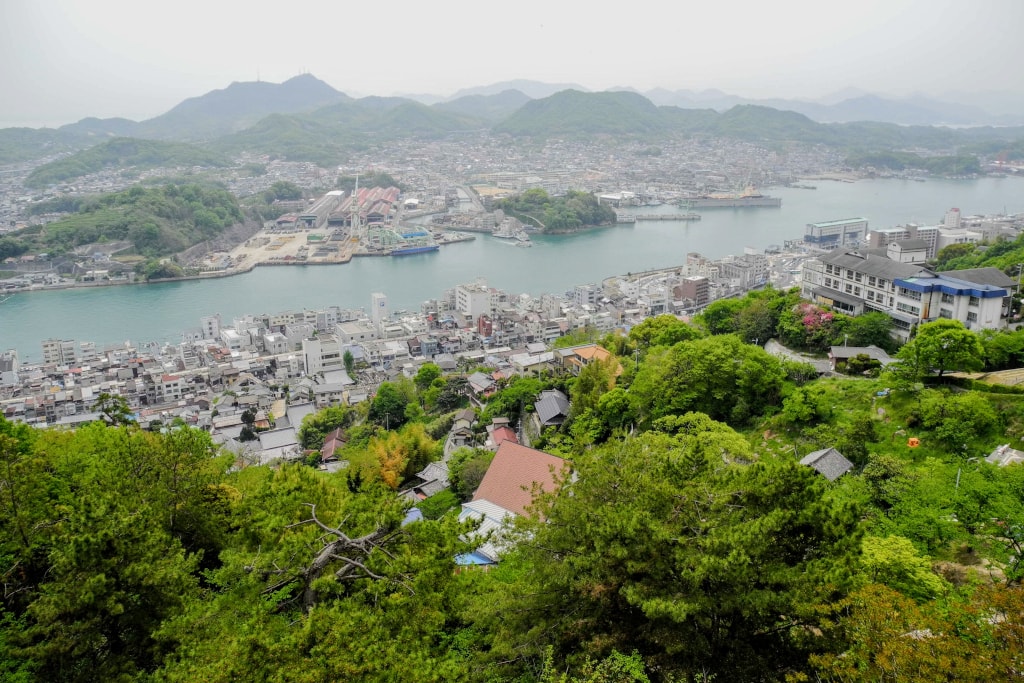 My personal recommendation is to also consider building in at least a half-day in nearby port city of Onomichi. For me, the quintessential 'The Real Japan'. Largely occupying a series of steep slopes, it is built around a still-working harbour.

It's also the start of the (also recommended) Shimanami Kaido cycling route that connects Honshu with six islands in the Seto Inland Sea.

Honshu's most rarely visited region (is a must-visit) 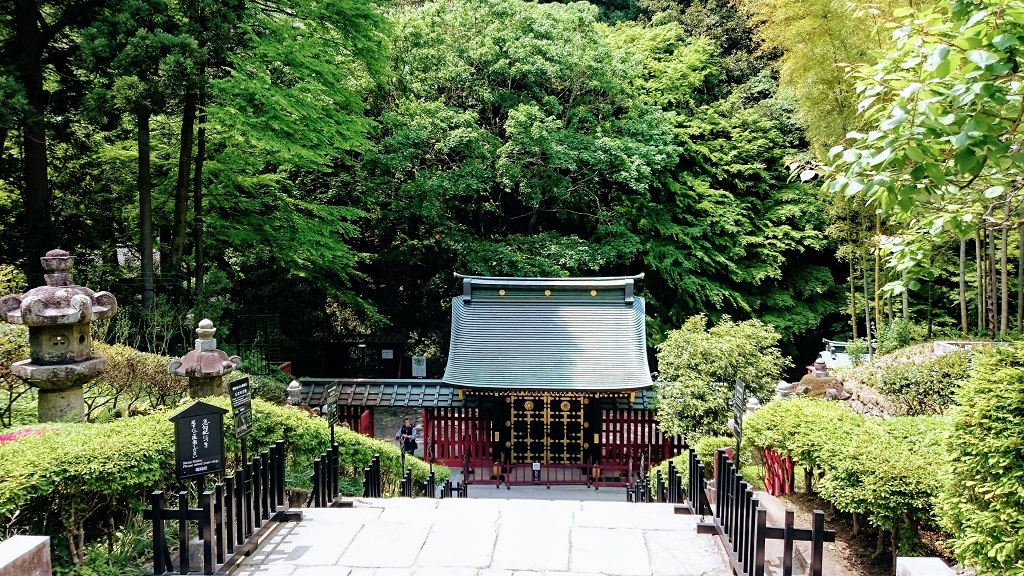 The northeast region of Tohoku is rarely visited by travellers (even the Japanese tend to shrug it off as a bit of a harsh backwater) but that's their loss. Its rural landscapes reward exploration, revealing hidden treasures like the Zuihoden mausoleum complex. It's also peppered with attractive small cities such as Sendai.

The regions in the heart of Honshu, Chubu, Kanto and Kansai, may be well-trodden, yet all offer quieter areas not physically far off the popular tourist trails, but which feel a world away.

In spring, check out Hirosaki for it's stunning displays of Japan's famous sakura (cherry blossom). In summer, head to Aomori city for the Nebuta matsuri festival. If you're interested to learn more about Northern Tohoku specifically, then I suggest reading my post: Hachimantai: Northern Tohoku’s Next Must-See Destination?

The northern Tohoku area is a haven for nature lovers and those keen to put the noise, bustle and crowds of the big cities behind them, and get closer to the land. In the heart of this region is the spectacular Towada-Hachimantai National Park.

It was designated national park status by the Japanese government in 1936, and offers boundless opportunities to connect with the mountainous interior landscape of this remote area.

Read my guide to the Towada-Hachimantai National Park here.

Being the largest island in Japan, it's easy to get to and around Honshu. Travellers with accessibility issues should read this guide for tips on accessible travel in Japan.

Honshu also has Japan's biggest network of railway routes, with bridges connecting it to the islands of Shikoku and Kyushu in the south. The Shin-Kanmon Tunnel serves shinkansen between Honshu and Kyushu islands.

The undersea Seikan Tunnel connects Honshu to Hokkaido in the north by shinkansen. 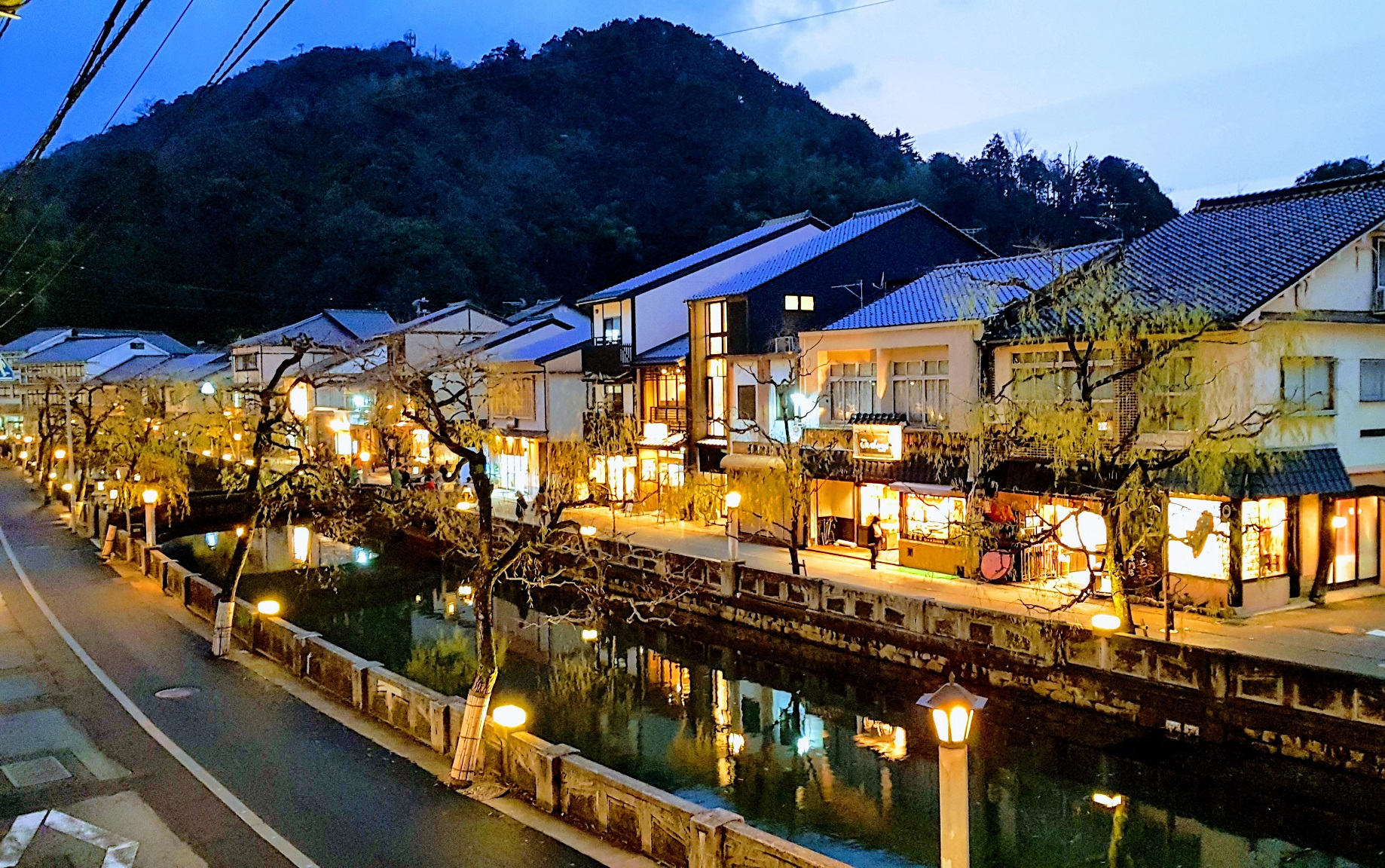 A Nostalgia For Old Japan...

Kinosaki Onsen is a 1,300 year old town of natural hot springs, and embodies much of what makes exploring rural Japan so worthwhile.

Located 93 miles north of Kyoto, Kinosaki the perfect place for a long soak and a short, relaxing break.

Strict planning laws for the heart of Kinosaki (known as the village) means the views up and down the canal-lined streets today are much as they were hundreds of years ago... LEARN MORE

Selected posts about destinations in Honshu...

You can view our YouTube video playlist dedicated to Honshu HERE.

Have some questions about exploring Honshu? Want help planning a Honshu itinerary? I offer a couple of services that you might like to take a look at.

My Travel Planning Calls are ideal if you have a few unanswered questions about a trip you are planning, or would like feedback and suggestions on an itinerary you are building.  Learn More HERE.

If you'd rather hand over all the work for planning an entire trip to me then our Travel Planning Service is the perfect solution. Learn More HERE.

Further short guides and checklists are available in my Japan Travel Store.

If you found this guide helpful, please share this photo: