How does two weeks in the Chugoku region in western Honshu sound?

It's here where our next adventure begins.

In order to make the most of that time, I have planned an itinerary that takes in at least nine locations but, at the same time, doesn't see us crazily running around non-stop.

Here's the low-down on how my wife and I put the tour together. 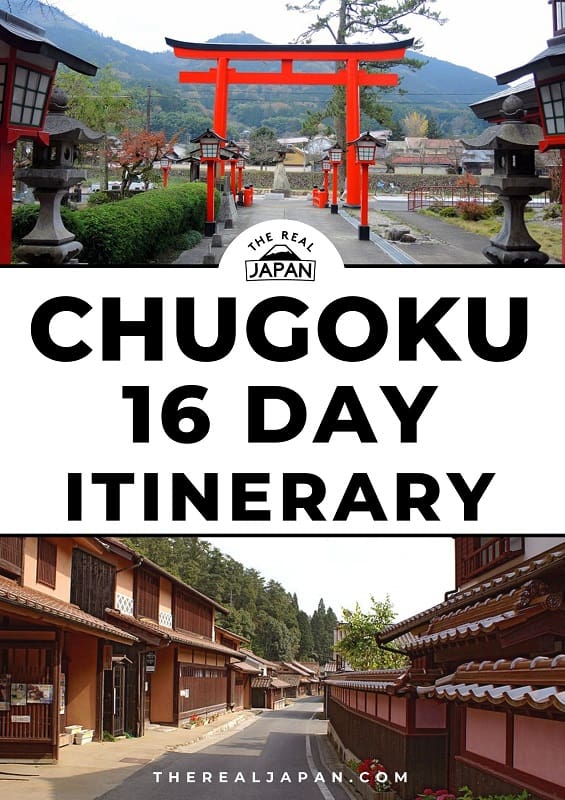 How we put our Chugoku itinerary together

What we've come up with gives us time to pause, relax, stroll, socialise, spend time with family and friends, and generally chill, drink coffee and eat cake. :-)

Feel free to use this as inspiration for building your own version.

Links to a whole bunch of resources that we used can be found at the end of the article.

And who knows where else we might squeeze in a day trip to?  ;-) 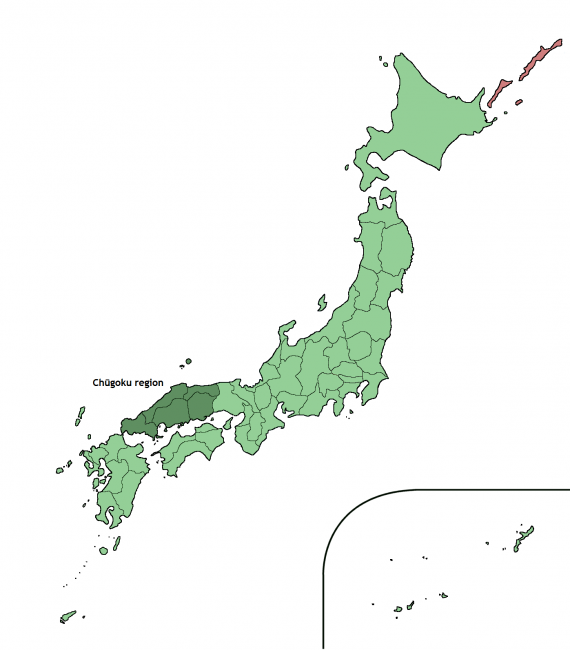 The northwestern coastline of Honshu

Given that we only have two weeks we decided to keep our travels limited to the main island of Honshu. That way we keep the distance to travel between destinations relatively modest, so we can see more, do more, enjoy more and spend less time actually doing the travelling bit (though I do love that too!).

Of course, we want to explore the lesser-known destinations, more than the more popular tourist places. So, in preparation, I opened my ageing Rough Guide to Japan to look at the map of Honshu and to see where on the coastline I've not yet been to, and to read about some of the places found there in more depth.

One area stood out: the north-western coastline of Honshu – between Kinosaki and the southern island Kyushu – two areas I've done some exploring in already. Filling in the gap between them felt like a good plan. 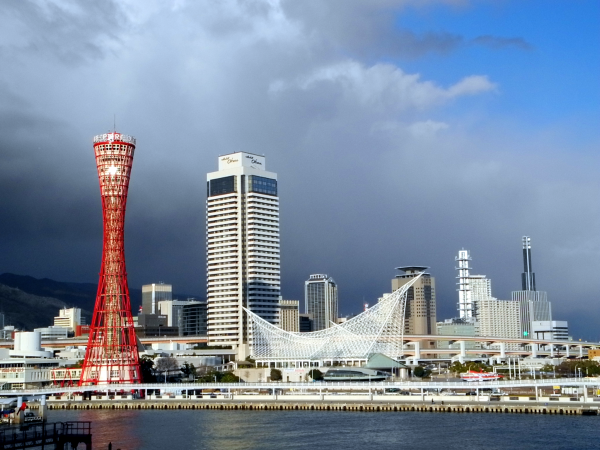 Kobe's iconic Harborland district is worth exploring on foot

With friends in Tokyo, a friend's band (Mechanical Cabaret) playing their first gig in Japan in the capital, and the invitation to DJ at a club the following day (I also run an electronic/alternative music review website: dsoaudio.com), we decided to begin our trip by flying into Tokyo for a couple of days, before heading over to Kobe, which we will use as the base for the rest of our adventures.

After our travels around Western Honshu, we'll be flying back to England from Kansai International Airport in Osaka.

Our itinerary was built around using Kobe as our base as we were staying and wanted to spend time with family. You could substitute any city in the region that you want to use as a base. Or you could not have a base at all and simply keep moving to new destinations every day or so. If you'd like me to help you build such an itinerary then check out my Travel Planning Service.

Highlights from the tour

This trip is about mixing new destinations with familiar ones. The new destinations are all much of a kind, in that they are all off the beaten track (of course!) and are examples of the more historical/traditional side of Japan.

Here's a few highlights from each of them...

Takahashi town in Okayama Prefecture is pretty innocuous. Even by Japan's standards.

So much so, that in 2014 the authorities there invested in developing an anime series, Ai: Tenchi Muyo!, set in Takahasi to help raise its profile and hopefully drive some of the millions of Tenchi Muyo! fans there in pilgrimage.

Tenchi Muyo! creator Masaki Kajishima is from Okayama prefecture. There's a castle (Bitchū Matsuyama) and a Buddhist temple (Raikyū-ji) best known for its Japanese garden. My Rough Guide tantilisingly describes it as “A small, charming time-warped castle town... evoking images of a long-lost Japan”. That sounds like a piece of The Real Japan to me! 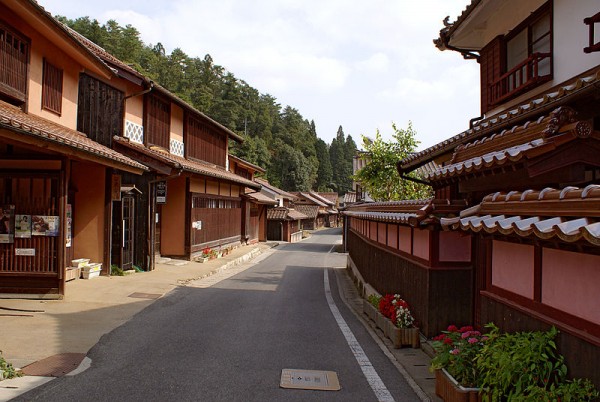 At 353 meters above sea level, meaning that in autumn mornings clouds form below the peak it sits on, forming a ring of clouds below the castle – making the castle appear to be floating on the clouds.

I'm not sure if this place gave inspiration to Hayao Miyazaki for the Studio Ghibli film Laputa: Castle In The Sky, but images of it suggest it may have (but either way I love and recommend that film).

Hagi in Yamaguchi Prefecture was chosen to fulfil my insatiable desire to wander around places in Japan that have barely changed in hundreds of years. 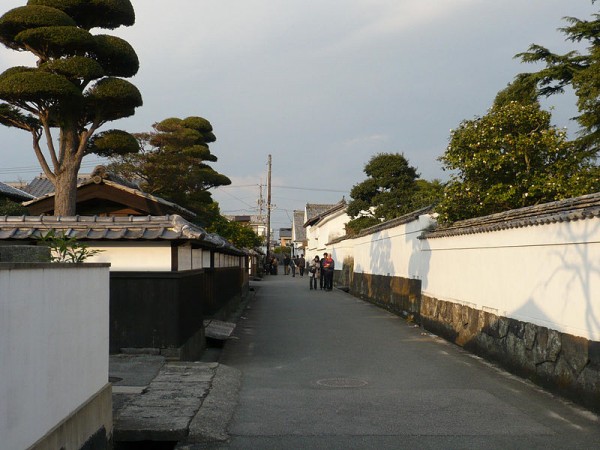 Hagi is home to samurai houses and merchants' quarters dating back to 1604. A place where traditional crafts, such as the Hagi-yaki pottery that the town is famous for, and regional specialities like the whitebait caught in the Matsumoto river which divides the town, are maintained to this day. Hagi offers all of this.

VIDEO: To Hagi from Kobe by Shinkansen and Bus, Yamaguchi Prefecture

Like Hagi, nearby Tsuwano was also chosen to revel in the ancient, traditional side of Japan. Tsuwano is older than Hagi and sits below the 908-metre Aono-yama volcano, and is known for its picturesque main street, 'Tonomachi' which is lined with Edo-era buildings and canals teaming with koi. 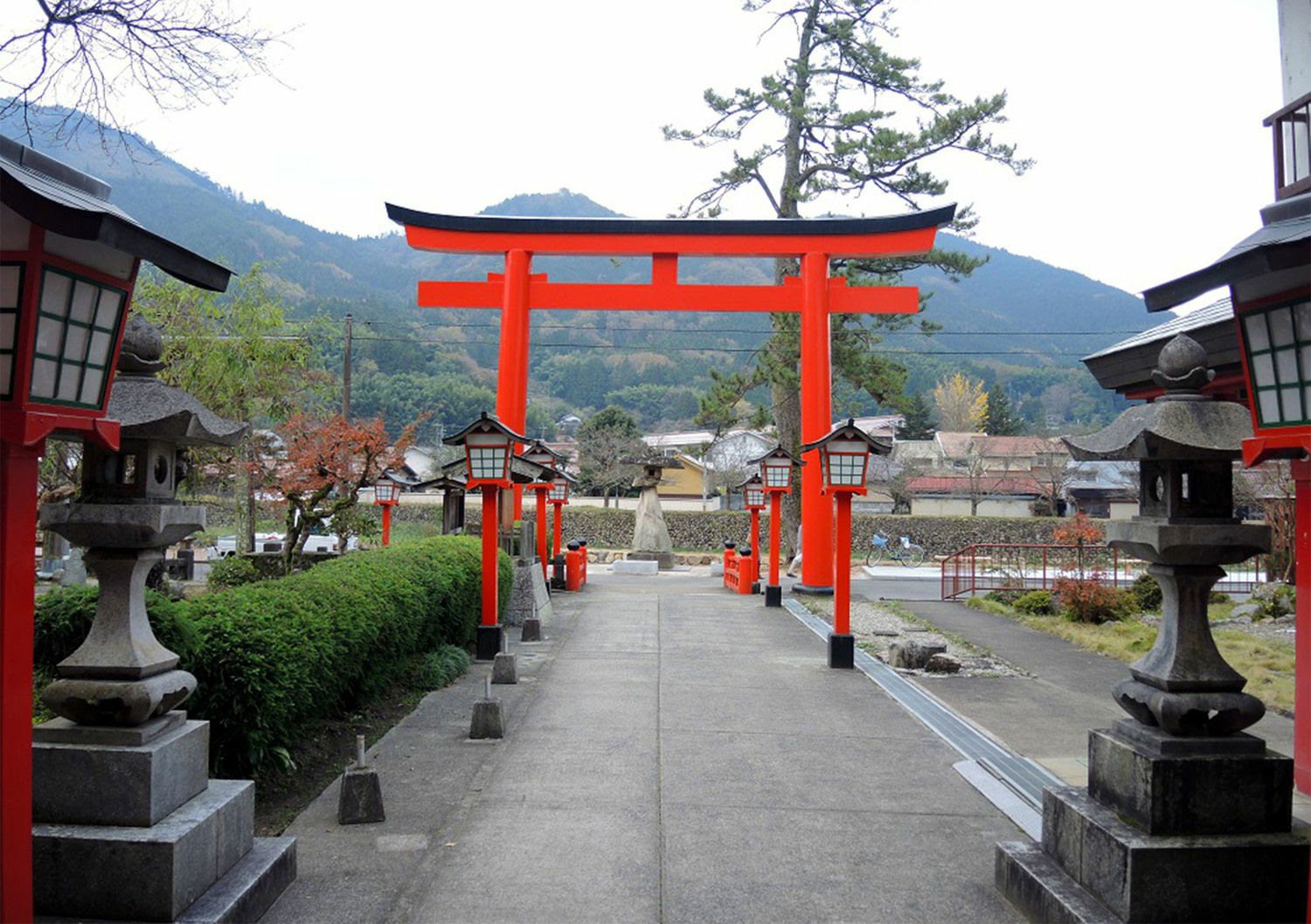 The old town with the streams running through it reminds me a little of Hida Takayama in Gifu Prefecture.

You could visit Hagi and Tsuwano in a single day but you wouldn't have enough time in each, so we opted to travel to Hagi first, stay there overnight, then spend the next full day in Tsuwano, where we will stay in a ryokan.

Not off the beaten track and a well-known international tourist destination, but with good reason, Kyoto is always worth a visit if you have the time. The main area of interest, including the shrines, temples and old town, is relatively compact and a lot can be covered on foot in just one day.

In stark contrast to the traditional temples and shrines Kyoto is famous for, the interior of its train station is a jaw-dropping example of modern Japanese architecture at its finest. You should allow some time to linger inside, taking in the striking design and engineering of the vast atrium spanning its 15-storey high interior.

There's also a shopping mall, restaurants and even a cinema if you want to spend a few hours here (and you easily could). 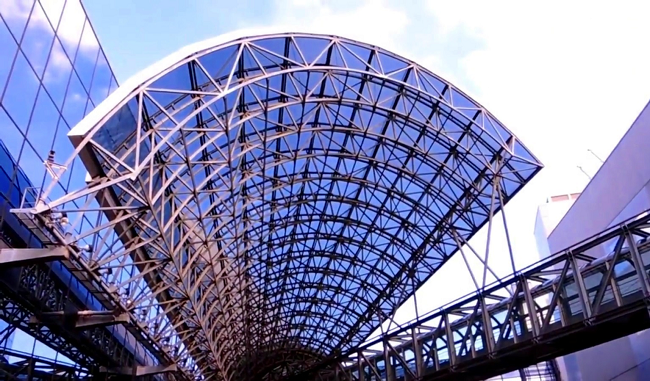 SEE ALSO: How I Plan Trips To Japan

To read how this trip actually panned out you might want to read this follow up article:
Changing Travel Plans, Discovering New Places

If you enjoyed this article please share this image:

Official Tourism Websites For All Destinations

A Practical Guide To Teaching English In Japan: 5 Key Considerations

A Practical Guide To Teaching English In Japan: 5 Key Considerations