How I Got To DJ In Tokyo (Surprising True Story)

Here's the surprising true story of how I got to DJ in Tokyo.

I've long been a fan of electronic music. My moment of epiphany came in July 1977.

We didn't have much spare money when I was growing up and one of the things we did to save a little, was when I needed a haircut, instead of going to a barbers, I went across the road to a friend's house, where their mum did haircutting for a lot less. 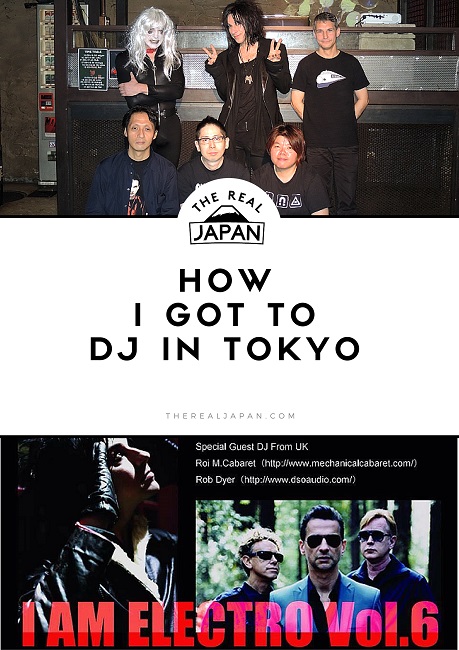 How I Got To DJ In Tokyo
by Rob Dyer

So, there I was, during the summer of 1977, sitting in a chair in the middle of my mum's friend's kitchen, getting a new haircut. As usual, the radio was on. It was the then typical slightly random mix of glam rock, disco, and the occasional sincere if shabby protester song. 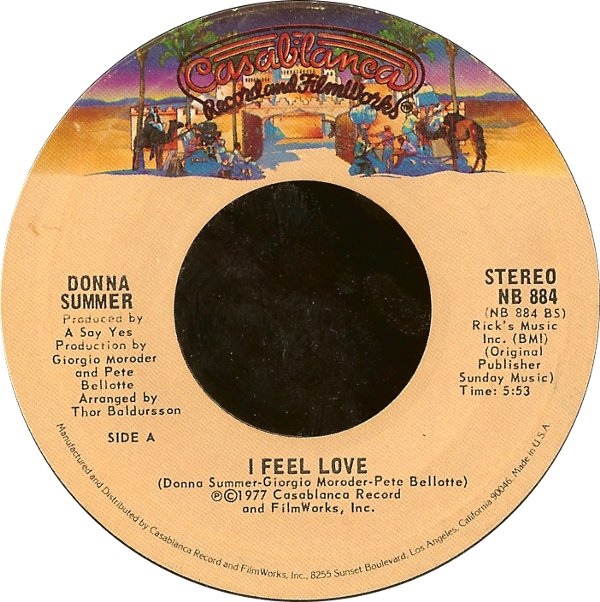 Then, Donna Summer's I Feel Love came on. Its hypnotically throbbing, looping, repetitive electronic pulse sounded simultaneously out of this world and as if it had been sent as a message from the future.

I couldn't believe what I was hearing. I was transfixed. Giorgio Moroder's production was like nothing else I'd ever heard as a 10 year old and at that very moment, my life changed forever.

Many years later (in September 1999 to be precise) I started a new hobby – a music review website focusing on electronic and alternative music – which I called dsoaudio.com. Knowing I was regularly in Japan, musician friends and bands would contact me via the website (and more latterly social media) asking if I could help them out with getting gigs in Japan. 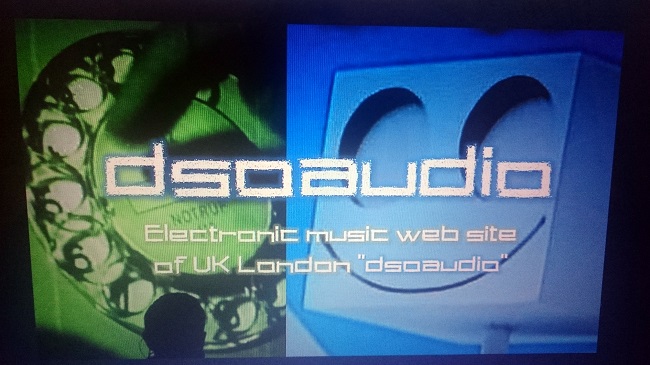 It just so happens that several friends in Japan are also active on the underground music scene. Some of them are in bands themselves and some of them are DJs. Some are promoters. So it seemed possible that I might be able to put people outside of Japan in contact with people inside Japan, and foreign bands could get to play there.

One friend's band Das Fluff did it. Twice. First in 2012 when they played several gigs in Toyko. Singer/songwriter Dawn Lintern loved the experience so much that she penned a love note song to the city called Tokyo Daisuki (I Love Tokyo) and released it as a single – the video for which was shot whilst they were there. [You can read about Dawn's first impressions of Japan and watch the video to Tokyo Daisuke HERE.]

The band loved the experience so much that in less than a year they'd arranged another tour including several dates in Tokyo and in Seoul in neighbouring South Korea.

This year I played a small part in getting another friend's band, Mechanical Cabaret, to play their first gig in Japan. This time, they appointed a local agent who not only secured them a gig, but got front man Roi Robertson an appearance on Tower Records' BangOn TV.

When I was assisting with making contacts, a DJ friend, Migon, who runs the I Am Electro club night in the lively Shibuya district of Toyko, asked me if I was interested in DJing at the next club – which was scheduled to take place the day after Mechanical Cabaret's gig.

As I hadn't DJ'd in more than a decade (and even when I did it was only a handful of times) I was flattered but unsure if I was up to the task. I thought about it, for a few weeks(!), and then decided to go for it. 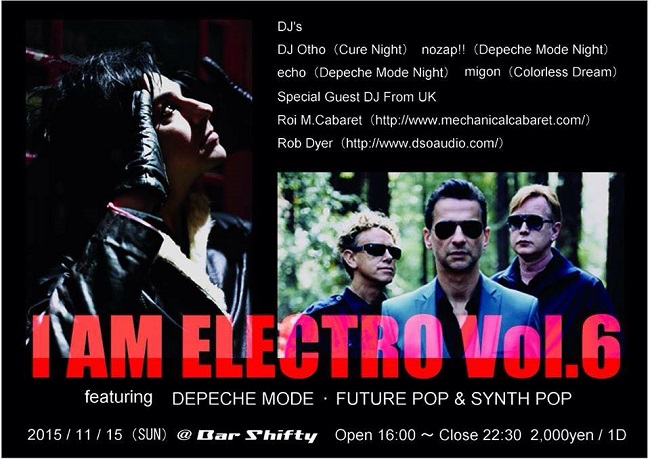 I then heard that my friend Roi was also going to be DJing at the same night. I couldn't have been happier. These two days in Tokyo were turning into a dream trip.

The gig was a sell-out and I only just managed to get in after enlisting the help of a friend Yuka who called Migon who was DJing inside the venue. The audience soon warmed to the only Englishman on stage and by the end of his set they were roaring for more.

I caught up with my mate Roi after he'd signed some autographs, posed for photos and sold some merchandise, and grabbed a shot of the two of us. In Tokyo. After his first ever gig in Japan. It was an unforgettable experience.

I left Roi to bathe in the adulation of fans old and new and headed off for dinner.

You can listen to, and buy a copy of, a live recording of Mechanical Cabaret's Tokyo gig here:
https://mechanicalcabaret.bandcamp.com/album/live-in-tokyo-2015 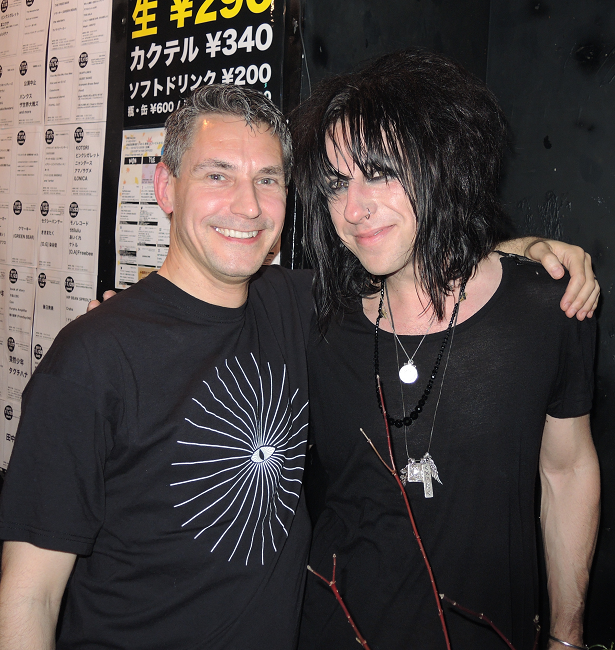 Me (left) with Roi from Mechanical Cabaret

The follow day, Sunday, we'd arranged to meet up with friends, including fellow DJ echo, for a late lunch before heading over to the wonderfully-named Bar Shifty in Shibuya where the I Am Electro event was due to kick off at 4pm.

I was to get a hands-on walk through of the equipment and decks to jog my grey cells. Only an interview I did at the venue with Roi overran and I had just a couple of minutes of familiarisation before the doors opened and the first DJ was up.

I was nervous as I wasn't entirely sure of all the equipment, but before too long it was my turn on the decks and I was under way. One practice I'd seen DJs in Japan follow before was to display in front of the DJ booth the sleeves of each of the tracks they were playing. So the audience, if unfamiliar with any tracks, could see the artist and the release that each song in the set came from.

As I was working from a couple of CDs preloaded with my setlist, I'd printed out copies of the sleeve artwork at home, brought them with me and used those so I didn't have to bring the original sleeves with me from England. 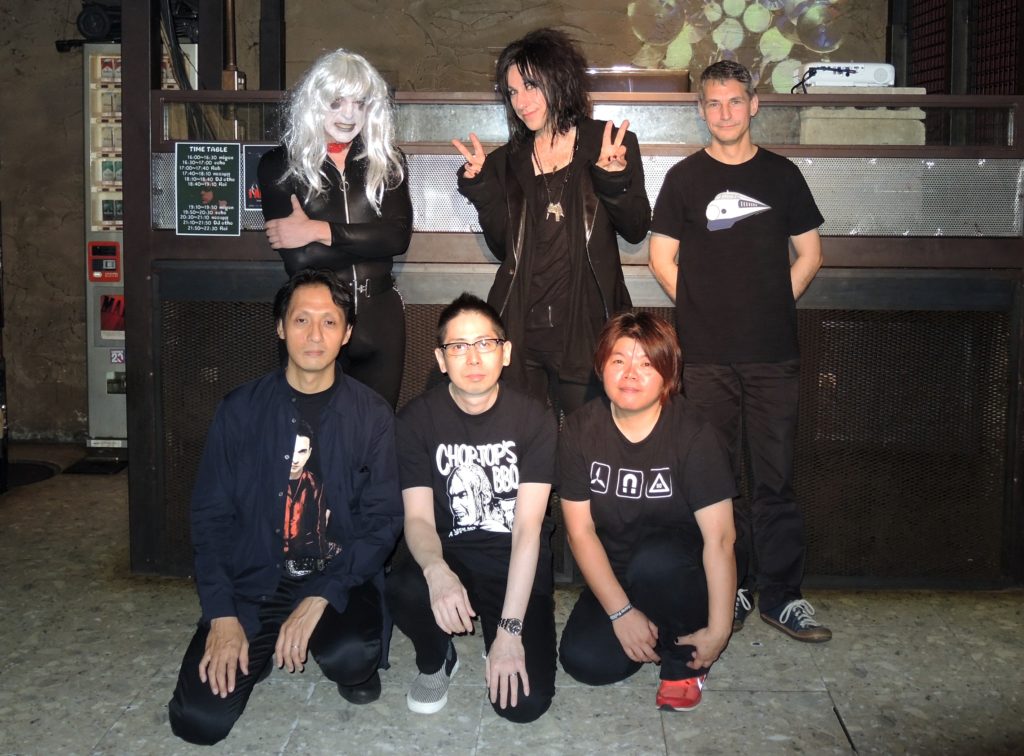 I Am Electro DJs including me (top right)

Be brave enough to say 'yes'

One aspect of all my sets is that I'm keen to introduce clubbers to artists and songs they may never have heard before but, style wise, are likely to appreciate. So it was very satisfying that throughout my set people were coming up to the booth to see the sleeves to identify what it was I was playing.

The other habit I'd witnessed before, but was now on the receiving end of, was people taking photos and even videos of the DJs on their phones. This was such fun!

I was a bit rusty but my set seemed to go down well and I'd forgotten how satisfying it was to see people you don't know loving (and sometimes discovering for the first time) the music you're playing.

I could only fit in one 40-minute set as I needed to catch a shinkansen that evening to whisk me away from Tokyo to Kobe where'd I'd start the next leg of my 16 day adventure.

For me it was a long time coming - publish and write a music review website since 1999, have a lot of friends on the music scene in Japan and be brave enough to say yes, even when you know you're not really up to scratch.

Life's too short to say “No thanks”.

A Friend's First Visit To Japan

Do you have any experience of the music scene in Japan? Fancy DJing in Japan? Maybe you're in a band and would love to play a gig there? Please leave your comments, questions and thoughts below...