It makes for a great location from which to more widely explore the surrounding areas (it makes a good base from which to visit Zao Fox Village), but the city itself warrants discovering. So plan to spend at least one night here, so you can try out some of the local izakaya.

We start, as many do, in front of Sendai (train) Station. We then hop onto the Sendai City Loop Bus (Loople Sendai) and ride the bus out of the heart of city, up to the location of Aoba Castle. Where there are terrific views over the city skyline below. 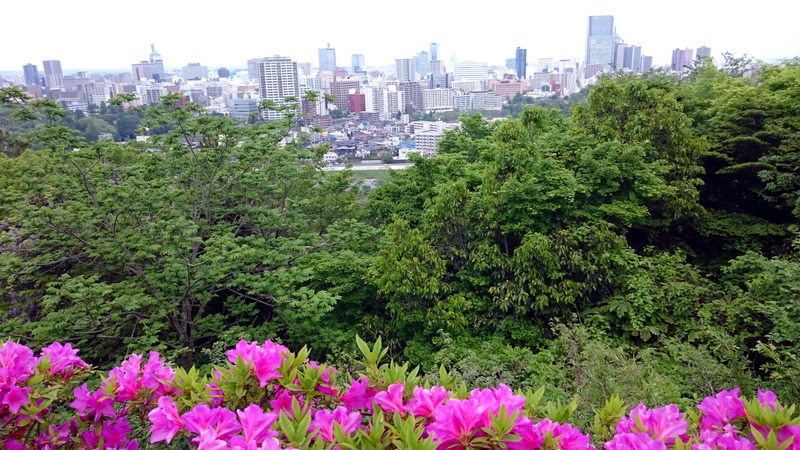 A walk through Asaichi food market

We head back into the city centre to see some folks taking photos with a group of samurai warrior cosplayers. Finally, we take a walk down Asaichi Market street and check out the rich selection of foods they have for sale.

I hope you enjoy your spring day exploring Sendai City. If you did please leave a comment below!

If you're in Sendai in May there is a festival weekend you must attend.

The annual Aoba Festival takes place on the third Saturday and Sunday in May each year. It's 350 years old and is a dazzling spectacle to experience and one you won't ever forget.