Naramachi is the traditional former merchants' quarter in Nara - the old capital of Japan.

Spending time walking slowly around its attractive narrow streets is evocative, like stepping back in time.

The old wooden buildings have been thoughtfully rennovated and given a new lease of life as cafes, boutiques, restaurants, traditional sweet shops, bookshops and more.

Many of what were previously merchant stores and warehouses have been sympathetically rennovated; repurposed into a charming tapestry of boutiques, cafes, restuarants and craft shops - most of which are either family-run or solopreneur businesses.

There's no Starbucks or McDonalds here. 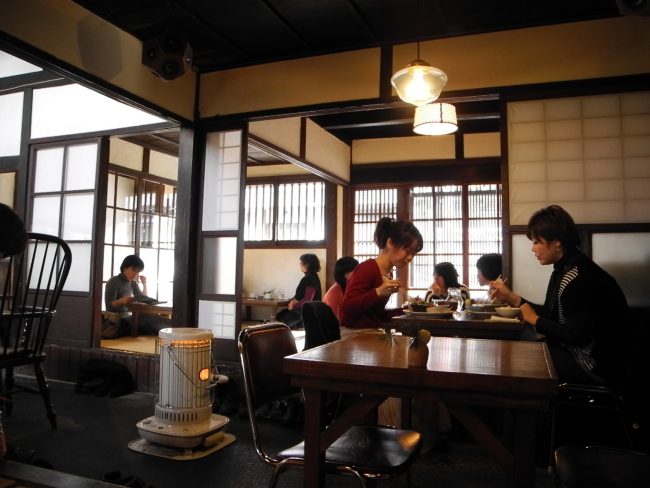 Cozy interior of the KanaKana restaurant

Some of the older wooden machiya townhouses - former merchant stores with living accommodation behind - have been converted into a series of small museums.

Partly as a consequence of having been the national seat of power, what distinguishes Nara today from most other Japanese cities also worth visiting is the extensive Nara Park at the city’s heart.

The fact that this park is home to hundreds of roaming semi-wild sika deer is also pretty special. 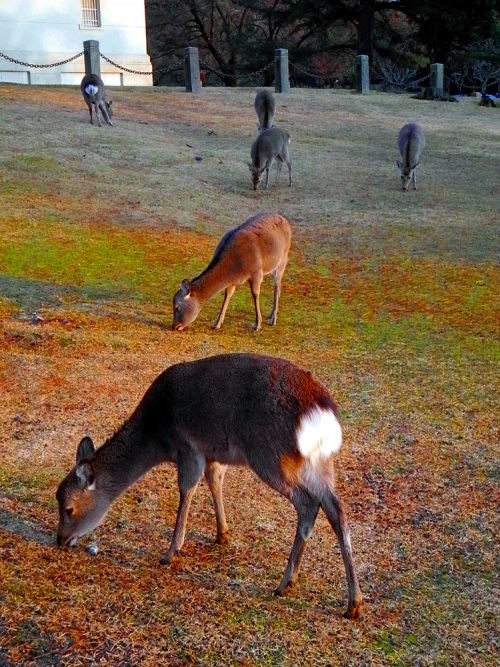 If you’re visiting Nara for the first time all the guides advise to check out the ancient temples – and you should. They’re really cool.

The massive Tōdai-ji building alone is worth the trip. Depending on where you want to accept your facts, it’s the biggest wooden building still standing in the world and the oldest man-made wooden building.

Though the latter claim should be taken with a pinch of salt, since Japan is very adept, and well-known for, ‘restoring’ old buildings and managing to make them still look 'originally' ancient. 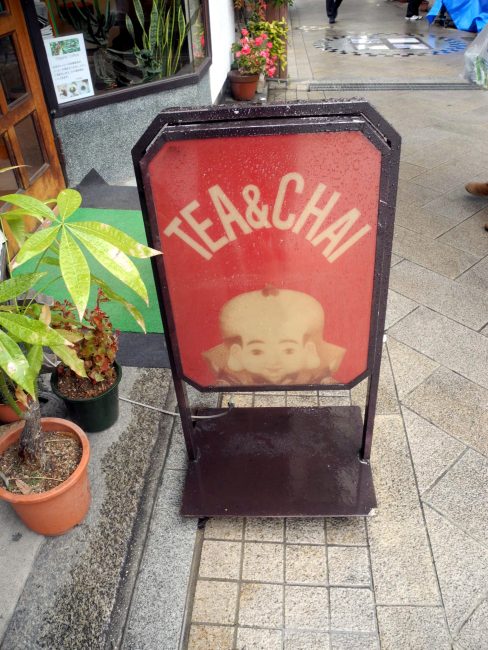 If planned well, and you’re being selective, you can do the major temple sites, the park and the Nara National Museum - housed in a series of individually distinctive buildings – all in a day.

I welcome the opportunity to spend the day simply strolling around

I’ve been to Nara many times. Most often as a day trip from Kobe (it only takes 1hr 20mins).

I welcome the opportunity to spend the day simply strolling around. Especially on one of those classic, beautiful Japanese winter days (perfect blue sky, brilliant sunshine and crisp cold air).

Having done the major 'must-do's before, today was simply about relaxing, with no real plan; other than just to wander, mostly around Naramachi, starting from the Kintetsu rail line station. 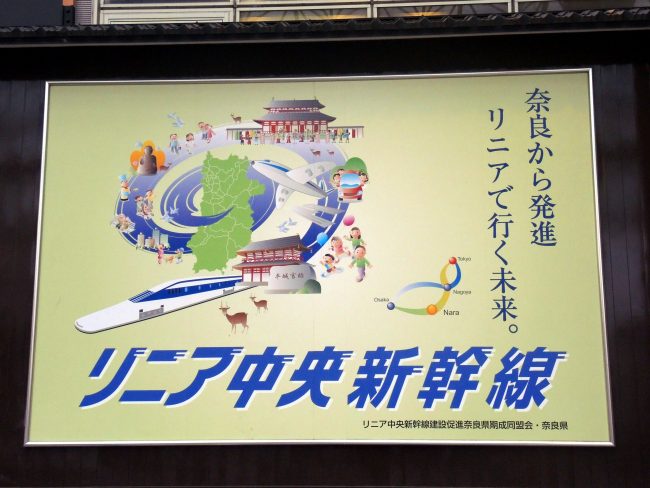 JR also have a station in the city centre. Whilst private regional railway Hanshin runs a direct train from Kobe to Nara, terminating at the central Kintetsu-Nara station (meaning no change at Osaka as we would still need with either JR or Kintetsu).

With three independent railways companies having stations near the city centre, wherever you start your journey to Nara, if you're coming by train you won't be short of travel options.

There were five of us today: my wife and I, two friends and one of their daughters. Nara is well-suited to families and if you have children. 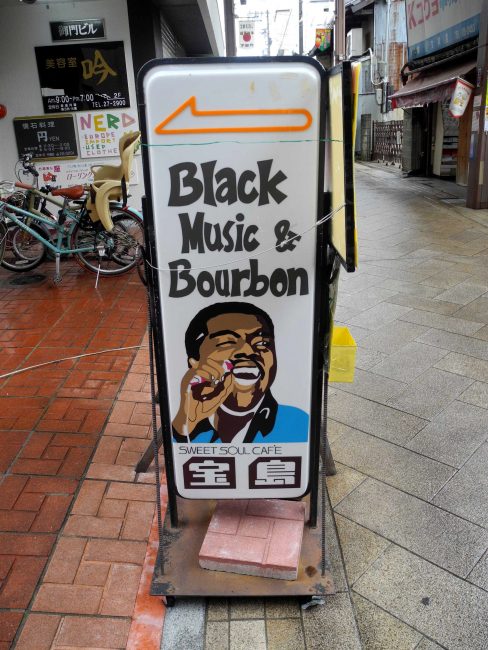 The boundary between cafe and bar sometimes gets blurred

A casual, fifteen-minute stroll soon takes you away from the familiar clamour, bustle and bright colours of the covered shopping streets and arcades, into Naramachi - a traditional part of the city.

It's this district which provides plenty of the well-preserved nostalgia that my wife and I are such suckers for.

We stopped for an early lunch at a great little restaurant Kana Kana. 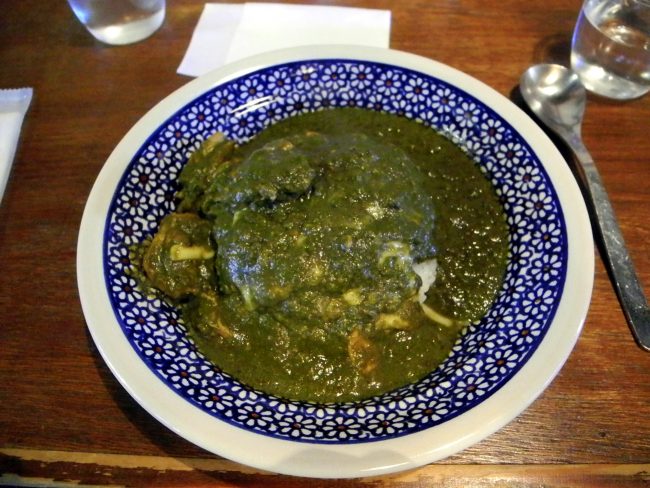 The delicious chicken and spinach curry at reataurant KanaKana

Seating options for both Western-style (with table and chairs) or Japanese (kick off shoes, no chairs, sit on the floor) are offered, as was a tempting set menu of various curries (something of a staple in the modern Japanese diet).

The edge was taken off of the cold January air outside by traditional oil stove heaters.

I opted for the chicken and spinach curry – which came up (slightly alarmingly) a totally deep green but tasted lovely - if you’re a spinach fan that is! Having filled ourselves sufficiently, the five of us continued on our way.

If you’ve even been fortunate enough to visit a traditional Japanese town, you’ll know just how easy it is to feel as though you’ve stepped back in time.

The old wooden houses and stores in these places look virtually unchanged from when they were first built. 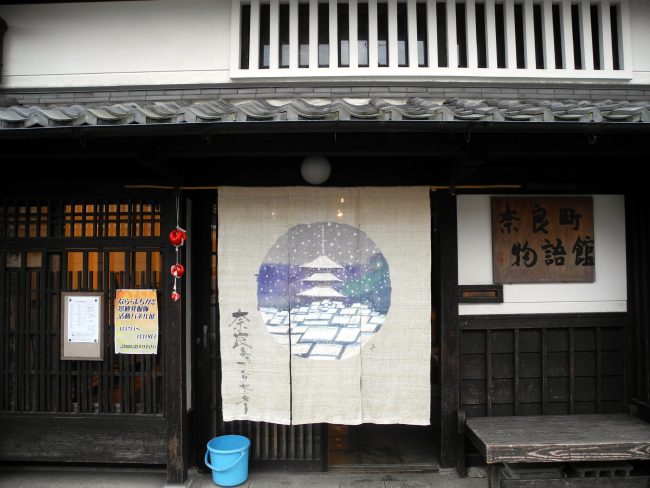 Old merchant buildings in Naramachi have been rennovated and repurposed

Only the omnipresent, array of jumbled electricity cables (and occasional delivery moped zipping past) belying the fact that you are still in the present day.

We headed for a traditional sweet shop Naramachisuehirodou where an order had been placed in advance, so that when we arrived it was waiting for us. A classic mom and pop set-up, of which there remain thousands all over the country.

A friendly elderly couple, who seemed delighted to see us (though we were undoubtedly just a few following many other knowledgeable native tourists who had also done their homework).

They took a shine to our friend's cute young daughter and insisted on handing her a small, complimentary presentation bag of sweets just for her. 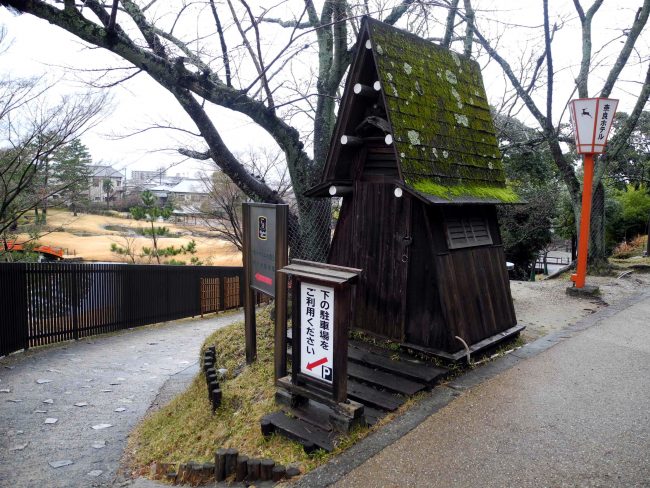 You could see the delight on their faces when they saw the child's reaction of joyful surprise. Although mum politely said it wasn’t necessary (or expected), they insisted. A genuinely nice touch.

We continued our stroll to the edge of the old-town district, which is starkly brought back to the present by rising up a modest hill to a major ring road.

A couple of doors down to the left though was a modest yet stylish café called Miriam - after its owner.

It is run by an expat Frenchwoman who freshly grinds the coffee beans (from a carefully chosen global selection including Brazilian, Cuban, Argentinian and Javanese) and hand makes the curry (again!) from scratch – as we could all smell with glee, in spite of having sampled our own little more than an hour before. 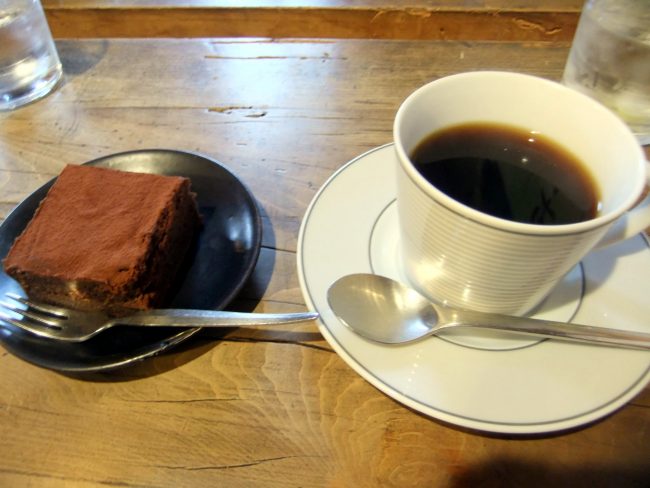 Fortified further by a strong black coffee (I opted for the Brazilian which was deep and rich) and a sumptuous (but way too petite!) chocolate cake, we left the atmospheric cabin.

A memorable end to a wonderful day

Turning back to the left and following the ring road for a 100 metres, we came to the edge of Nara Park. Where we soon caught our first glimpse today of the native deer.

As the twilight gently descended, daylight replaced by dusk, we sauntered around the park and were rapidly joined by one especially bold (and hungry) doe.

Our attempts at trying to instil some sense of patience in the beast, whilst hand feeding it, were met with ignorant impatience, with her forcing her nose into our bags and grabbing supper for herself! 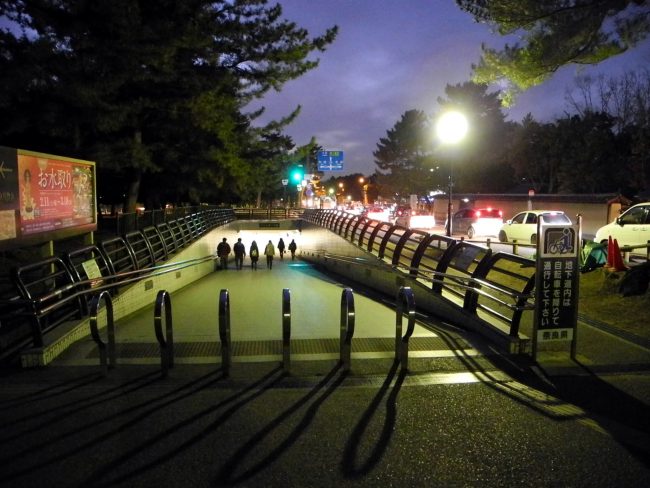 With the light fading and the desire to head back to Kobe before it got too late, we headed out of the park. Just as we did so, a parade of deer, walking slowly, one behind the other, casually approached us.

Our paths literally crossed and they calmly passed us by like a group of schoolchildren sauntering home. I grabbed my camera just in time to capture them (still and moving) heading off into the distance, literally disappearing into the darkness.

A wonderfully memorable end to another very pleasurable day in The Real Japan.

Closed:
Closed on Mondays (If Monday is a holiday, then the next Tuesday is closed) 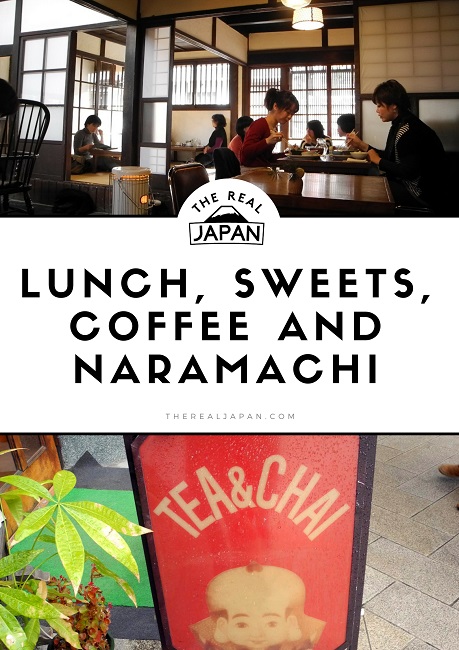 Maybe you've been to Naramachi - if so what memorable places would you recommend? If so, I'd love to hear from you - please leave a comment below.