3 Most Common Mistakes Planning A Trip To Japan

It's easy to make mistakes when planning a trip to Japan, especially if it is your first trip.

Over the years, I've seen many people repeating the same errors.

Here, we explore the three most common mistakes people make when planning a trip to Japan. And importantly, how to avoid and overcome them. 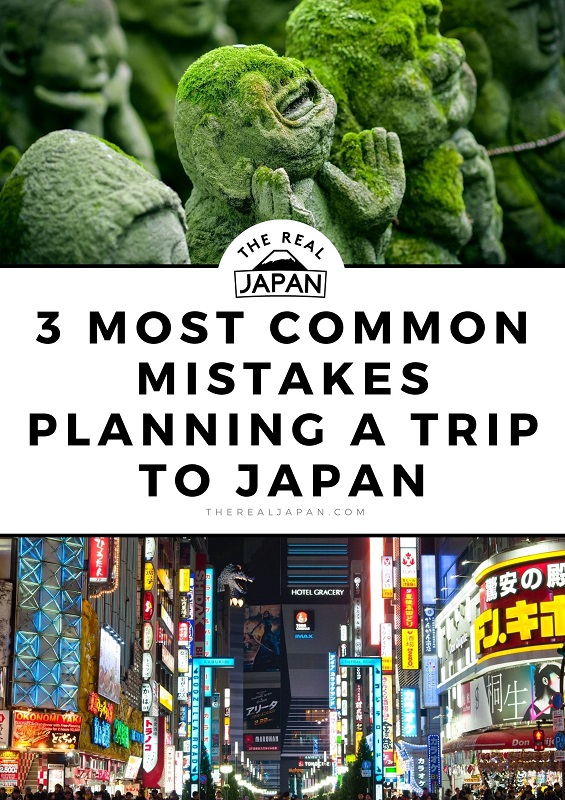 The 3 Most Common Mistakes

In my experience there's three that repeatedly crop up. They are:

Let's take a  closer look at each of these in turn...

1. Only Planning to Visit Tokyo

Or only planning to visit Tokyo and Kyoto.

Don't get me wrong, there's nothing wrong with going to Tokyo or Kyoto; you'll have a terrific time in both cities. But, if this is all you do, you'll have a very narrow, even distorted view of what is an incredibly diverse country.

Imagine a foreigner visiting only your capital city and how 'representative' of your country as a whole that would be. Not very, I'd bet. 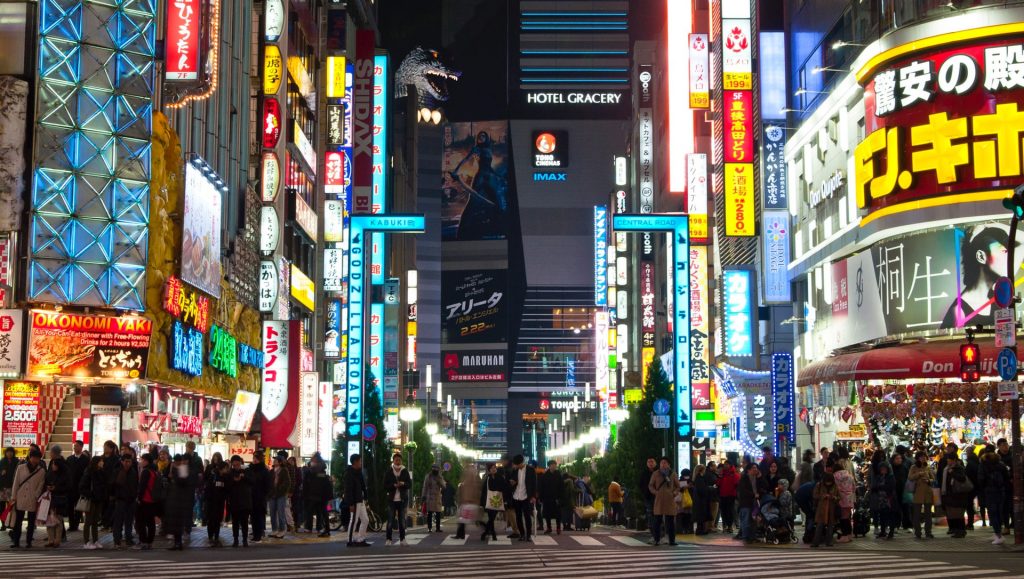 Tokyo is an incredible city, but plan to explore beyond the capital.

You'll also have the same set of experiences and photos as millions of other 'tourists'. We don't want to be tourists. That's not good enough for us.

By all means, fly in and out of Tokyo, that makes plenty of sense. And using it as a base for a few days at the start of your trip is wise. But plan to travel beyond Tokyo.

During World War II, the Allied forces specifically spared bombing Kyoto because of its cultural heritage – so by all means go soak up those glorious temples and shrines! 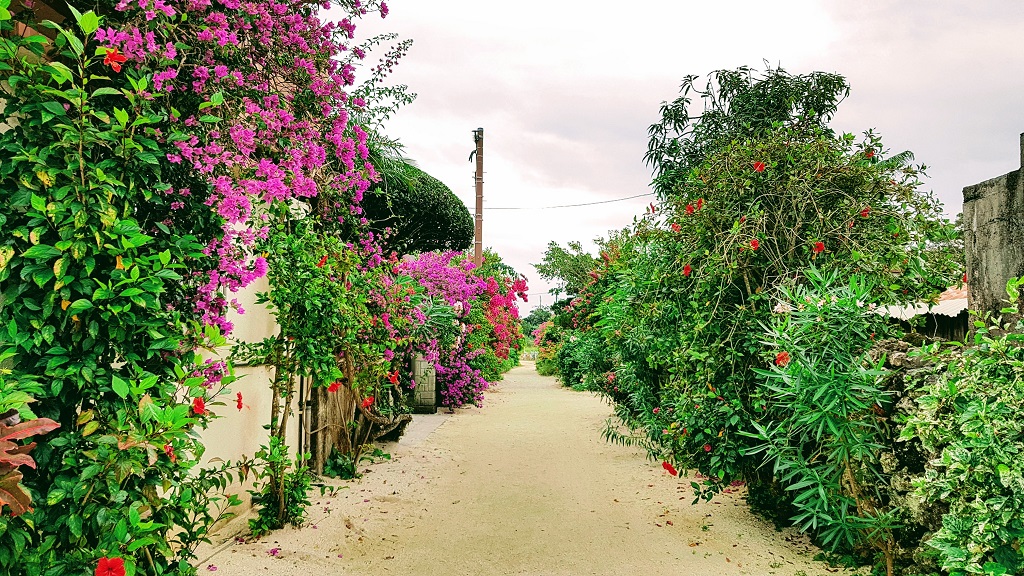 Taketomi Island is a world away from Tokyo and absolutely beautiful.

But also keep some time and money for a few other places that are less well-known. You may find that it's those that provide you with the most indelible experiences and memories of Japan.

TAKEAWAY: Japan is made up of more than 6,800 islands. Trust me, you need to go and see more than two cities.

READ: Japan – Why You Need To Go Beyond Tokyo

2. Thinking It Will be Really Expensive

Although it perhaps isn't as prevalent as it once was, there's still a persistent misconception that a trip to Japan is going to be really expensive. Like SUPER expensive.

Sure, it's definitely a country where you could spend a fortune if you wanted to . And, if you're lucky enough to have one, it would be easy to do so. (And probably a lot of fun too!)

It's not uncommon for people thinking about coming to Japan to get slightly obsessed with this idea of expense. So much so, that people go as far as putting off going to 'save up more money'.

Read our post How Much Does It Cost To Spend A Day In Tokyo? you may be pleasantly surprised. 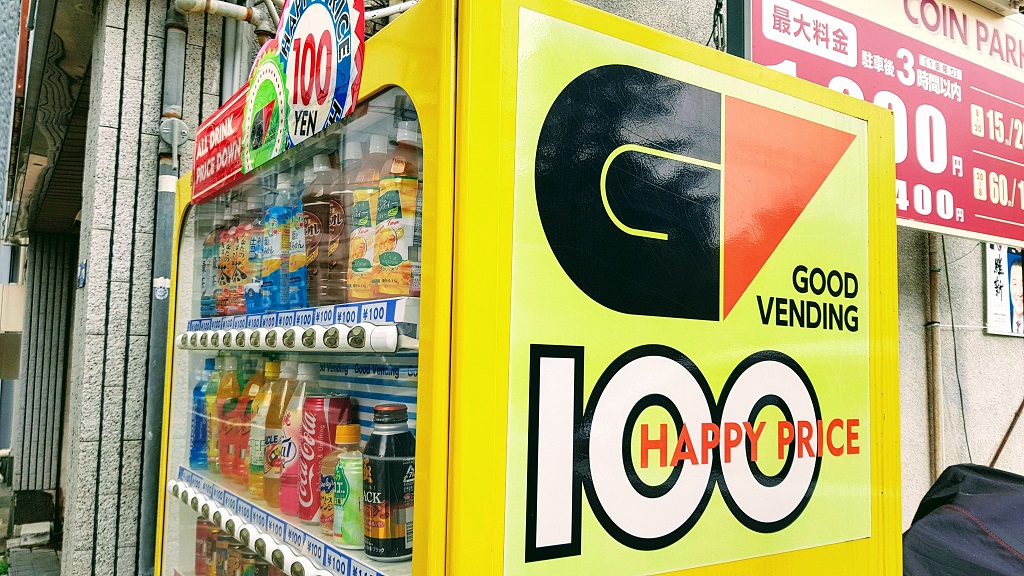 Vending machines are everywhere, providing cheap food and drink. Everything in this machine is just ¥100.

A Big Myth About Visiting Japan

Putting off your trip to Japan because you think:

One of the biggest myths about Japan is that any trip there will inevitably be seriously expensive. It need not be so.

Eating out, either in restaurants, takeaway places, at food stalls, etc. can be cheaper than in many Western countries.

Look for kaiten-zushi (conveyor belt sushi) places*. These use a simple system of colour coded plates. With each colour representing a price. So at a glance, you can see how much each item costs and as your empty plates stack up how much you're spending.

*Not a fan of sushi? No problem - most kaiten-zuzhi restaurants also offer noodles and fried chicken. 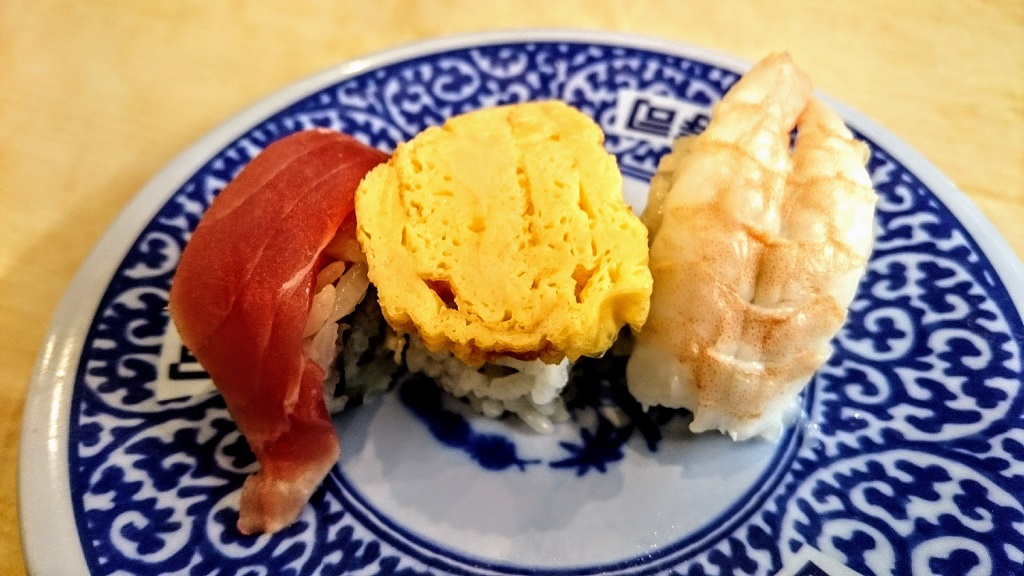 Better still, some kaiten-zushi places have their dishes at one fixed price, sometimes as low as ¥100/¥150. These are great places to eat good quality fresh food at bargain prices.

Use Japan's famous convenience stores (aka konbini). They are particularly handy for food. Some have hot food counters or even kitchens where you can get snacks and meals for just a few hundred yen. Some stores have a seating area so you can eat it there.

Food available changes with the seasons and includes classics like hot, pork-filled buns in winter for about ¥100, or year-round fried chicken for around ¥300.

Travel Cheaply by Subway and Train

If it's convenience you're after then ordering a Suica pass in advance (and pick on arrival at the airport) can be handy.

Suica is a pay-as-you-go card that can be topped up as needed, offering cashless convenience when travelling on trains, subways and buses and when shopping at stores, kiosks, or vending machines. There's more about Suica and other easy travel tips in this article. 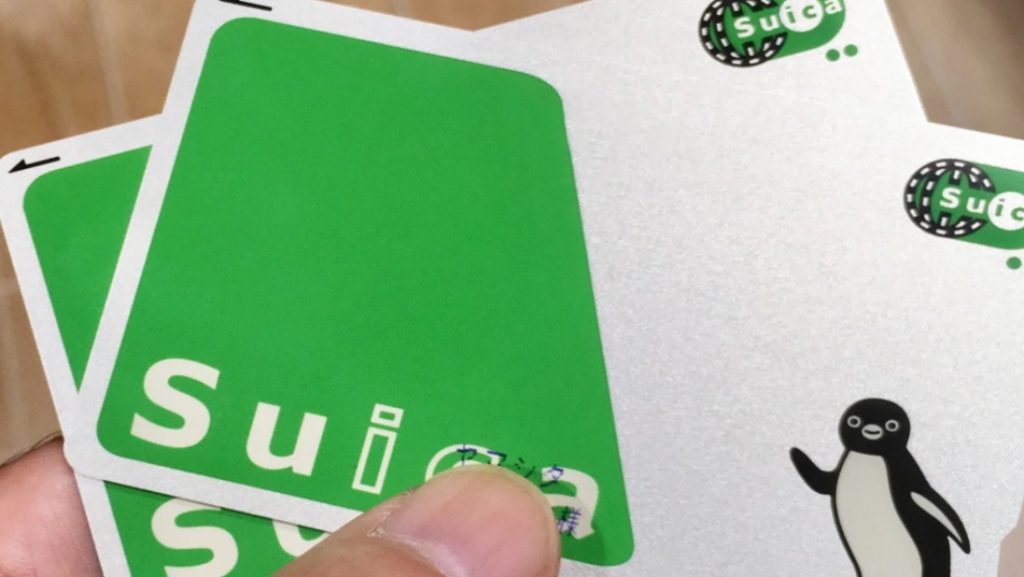 Getting a Suica card in advance makes travel a lot easier.

There's also a special rail ticket - the Seishun 18 Kippu (ticket). That will get you from Tokyo to the southern island of Kyushu by a series of local trains for an incredible ¥2,410 per day.

That's 883km as the crow flies or approximately 1,200km by rail, meaning with the Seishun ticket you'd be paying just ¥10 /  9¢ /  7p per kilometre to travel!  The catch? You can only use local and rapid JR trains (no bullet trains here), so while it is really cheap, it isn't suitable if you're in a hurry.

The Seishun 18 Kippu is not available year round, but three times annually, coinciding with Japanese school holidays:

Seishun 18 Kippu tickets cost ¥12,050 each and can be bought at most JR stations throughout Japan.

More details on the Seishun 18 (in English) can be found on the JREast wesbite here.

A helpful way to think about the cost of travelling in Japan is to focus on value for money. In all aspects of travel, this is something Japan excels at delivering.  Whatever your price range.

And, when it comes to value for money, few services offer more bang for your buck than the Japan Rail Pass.

There are also a good number of low cost airlines operating in Japan. Internal flights with them can often work out cheaper than travelling by bullet train. For more information on using these read our guide to low cost airlines in Japan here.

Here's four cheap accommodation options. Heck, the first one is even free!

Price Per Person, Per Night: FREE!
Couchsurfing in Japan

Price Per Person, Per Night: ¥2,500+
Capsule Hotels in Japan 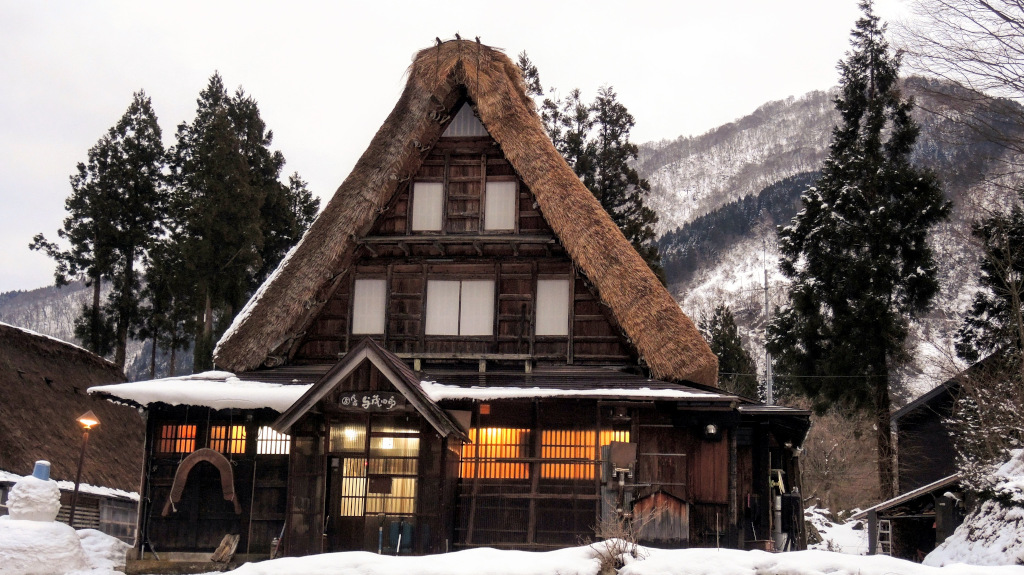 A traditional style minshuku I stayed in, Ainokura village, Gokayama

Giving some thought in advance to what you want to get out of your trip to Japan will help with managing costs.

Think about things such as the kind of experiences you want, how long you can visit, where you will stay, how you'll get around etc.

TAKEAWAY:  Japan isn't the cheapest country, but there are bargains and savings to be had - if you plan ahead.

MORE ON THIS:  How Much Does It Cost To Spend A Day In Tokyo?

3. Worrying About Not Speaking Japanese

Being worried about not speaking Japanese - and sometimes using that as an excuse for not booking that trip to Japan just yet. I've even heard of people not coming to Japan until they've learned Japanese!

Worried about not being able to speak any Japanese? Or concerned that what little Japanese you do know won't ever be enough to get you by in Japan, especially if you want to go off the beaten track a little and do some exploring?

Are you really putting off planning that dream trip of a lifetime because you don't speak the language?

I bet you've not done that too many other times going to foreign countries, where the primary language isn't English? 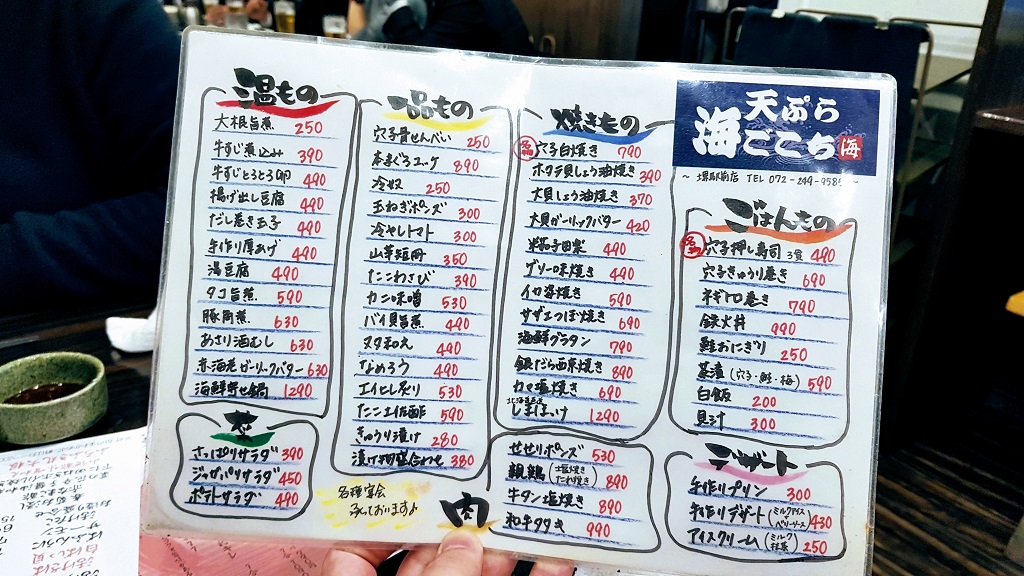 A restaurant menu. Don't expect English to be everywhere. But don't panic either.

Too much fuss is made of being unable to speak Japanese when travelling in Japan. But I also appreciate many people get anxious about this.

Not least, as you don't want to be a 'bad' tourist and turn up expecting everyone to speak your own language. I can still only speak a little Japanese. But I don't let that stop me going off to explore on my own.

It's a myth that if you cannot speak Japanese you won't get far in Japan, or your experiences will have to be curtailed as a result, or you cannot go off the tourist trail.

None of this is true.

How to Travel In Japan When You Don't Speak Japanese

I've covered the issue in depth in an article entitled, not surprisingly, “How To Travel In Japan Without Speaking Japanese” - go read it.

When it comes to the capital Tokyo, the larger cities and other big or popular tourist destinations, the non-Japanese speaker will probably fare just fine. Particularly if you are travelling on public transport. 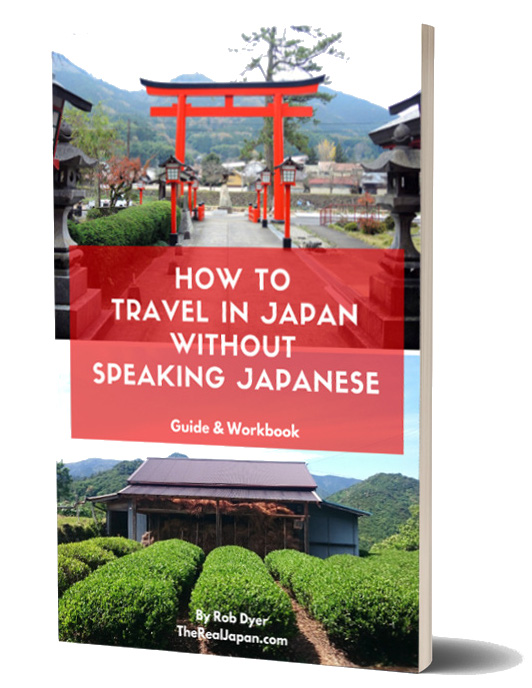 I've also written a guidebook to travelling in Japan when you don't speak the language. You can read more about that here.

Using public transport in Japan is probably a lot easier than you think and train station and station navigation signs are frequently written in English.

Even when you're heading off the beaten track a little, provided you arm yourself with a few survival phrases, a translation app, some pre-trip planning to tackle the most common sticking points, you'll get by just fine.

TAKEAWAY:  Don't let being unable to speak Japanese be a barrier to coming to Japan.

READ: How To Travel In Japan Without Speaking Japanese

If you found this article helpful, please share this photo:

Japan – Why You Need To Go Beyond Tokyo
How to Travel in Japan If You Don't Speak Japanese
How Much Does It Cost To Spend A Day In Tokyo?
How To Plan a Trip To Japan In Just 4 Steps
Planning Travel Hub

Planning A Trip to Japan?