Is It Rude (for Foreigners) To Wear Kimono?

Is it rude to wear kimono?

“So, do you think it is rude for foreigners to wear Kimono?”

I had said no without any doubts. However, my answer now has become somewhat complicated.

Growing up as Japanese, I had no chance to learn to put on a kimono by myself until recently, which may come as a surprise for some of you. Is It Rude (For Non-Japanese) to Wear Kimono?
by Saki Yoshida

Since Japanese people started to wear western clothes for daily purposes, kimono have become uncommon, that cost a lot, and are supposed to be worn only on special occasions.

But this shouldn’t be so.

As a result, most Japanese today do not have the opportunity to learn how to put on a kimono properly. Until we wish to, and then we believe we need a professional dresser to show us how to do it. When I started live streaming, my interests towards kimono grew stronger.

Japan's Seijin no Hi, or Coming of Age Ceremony,  celebrates all those who have reached the age of maturity, currently 20 years old. Ceremonies marking the passage into adulthood have happened in Japan since 714 CE. This was during the reign of Empress Genmei when a young prince wore new robes and a hairstyle to mark his passage into adulthood. It occured to me that I was fascinated by how beautiful my kimono were when I attended the Coming of Age Ceremony. Or how excited I was after putting my kimono on in general.

I tried to figure out how I can make the best of this beauty on my own without anyone else’s help, whenever and wherever I want.  Ultimately, my goal has become to travel outside Japan while bringing my own kimono to share its beauty with the world.

Change into a traditional Kimono and walk the historic streets of Nagoya with a knowledgeable guide.

Have you ever looked longingly at the Japanese ladies (and men) wearing beautiful kimono? If you have, the ‘Nagoya Kimono Old Town Walking Tour’ will satisfy that particular longing.

You won’t be able to recognize yourself once you have been dressed in a traditional Japanese kimono. The kimono is restrictive, and even though it might make sitting down, or walking more difficult at first, it gives you a beautiful posture and changed atmosphere. 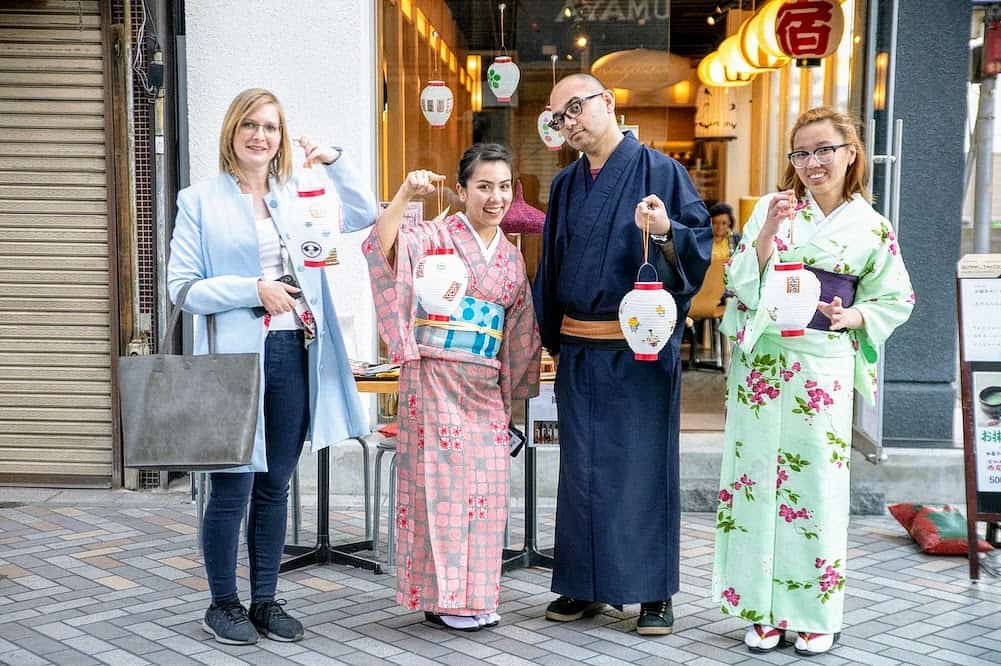 Starting off, I signed up on a kimono fitting course and attended the classes with a group of people. It took a little while until I mastered a decent technique. To be honest, it felt as though kimono were only for people in older generations, or people who can afford very expensive kimono sashes.

I am fortunate. I own good kimono from my family and didn’t have to buy them all. But I can easily imagine that people, especially younger generations who aren’t familiar with kimono at all, wouldn’t be able to spend so much money on it.

Additionally, what confused me is that some Japanese people seem to be strict or critical of how other Japanese people wear kimono. I could see many reasons why the kimono industry is struggling. I also found myself being insecure about wearing kimono.  Not feeling comfortable with walking around in Japan because I knew my kimono fitting wasn’t perfect. Or I was afraid that I may do something wrong which could offend other Japanese people who knew better than me.

I didn’t like this aspect of Japanese society. But I ended up understanding their perspective from bitter experience when I lived in Germany.

Wearing kimono outside of Japan

After finishing the kimono fitting course, I traveled mostly in Europe and wore a kimono on my own. It was such an amazing experience and I enjoyed noticing how people reacted differently based on their own cultural background.

While in Germany for a year, I had the chance to join a group of people who enjoy kimono like myself. Most of them were non Japanese and, honestly, I didn’t care about their nationalities.

I was genuinely happy to know that kimono are loved by people from outside Japan. Seeing that wearing kimono connects like-minded people who are interested in my home country or Japanese culture.

However, my experience wasn’t always positive. A passion for kimono can bring people from different countries together

Is it disrespectful to wear kimono?

One day, I came across a photo from the kimono group where, in my eyes, someone wore her kimono in a way that sex workers (Oiran/Yujo) would. Back then, I should’ve asked about her intention first. I believed there were also foreign people who wear kimono in an inappropriate way without meaning to.

I posted in a group to warn people to be careful about how some kimono fitting can be taken in the wrong way by some Japanese. I thought I was being helpful. However, I was not expecting some of the responses my post received.

Most people reacted very negatively. Told me how offensive I was. Explained to me how insecure they have felt while wearing kimono as non-Japanese. It shocked me because I had never thought that I was being offensive, rather, my intention was only intended to be supportive. I’m now back living in Japan. Looking back, I could probably have expressed my thoughts more clearly.

The moment I realized that I too had behaved as another critical Japanese to them was eye opening, and an interesting discovery for me as well.

Since then, I began to better understand the perspective of some in Japan who are critical of others wearing kimono. In being critical, they may just want to preserve our culture in the best way.

RELATED: Just A Japanese Girl (Some Secrets For A Japan Trip)

Getting the chance to wear an authentic kimono while in Japan is a wonderful way for anyone to experience traditional Japanese culture. It can be a fun activity for children too.

You usually don't have to communicate much after you’ve made your booking and once you show up at the store. So I would recommend finding rental shops available in English first, that allow you to book online or by email. (We Japanese tend to do much better in writing English than speaking it.) Then, make sure that you arrive a bit earlier than the scheduled time or at least on time. Shop staff will show you what is available, which design, carry out the kimono fitting and will attend to everything you need. Even if you cannot speak Japanese, choosing kimono, sash and the fitting process should be fine.

I can however point out things you should know before and after you leave the shop and walk around in the streets. Some non-Japanese are concerned if it is cultural appropriation to wear kimono in Japan. I honestly don't believe that Japanese people get offended when foreigners wear kimono, or if when they do their kimono gets a bit out of shape. It would be a rare thing if a Japanese expressed offence to that.

We would rather make nice compliments and be glad to see it, and be willing to help you should you have any problems.

The positive power of kimono

My answer to the initial question “Do you think it is rude for foreigners to wear kimono?” has become more complicated now that I have conflicting feelings inside.

A part of me loves it when I see kimono representing a different culture in the other parts of the world. Non-Japanese wearing kimono connects us, like a bridge connecting Japan with other countries. Saki wearing a kimono in Germany

On the other hand though, I would love to keep my culture as it is, and for people to present the real image of kimono and show some respect, too. I haven’t yet found my definitive answer.

However, what I know for sure is the positive power of people wearing kimono. The power to make people smile and be happy, whether they come from Japan, or not. I am here, being proud of having this culture as a part of me.

So, if you are worried about wearing a kimono as a non-Japanese, rest assured that we would smile at you and happily say “You look beautiful in it.” 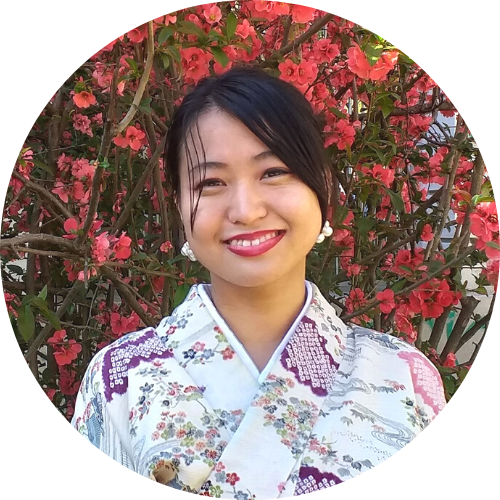 Saki Yoshida is an online Japanese tutor, born and raised in Japan. She livestreams about her passion for traditional Japanese culture and kimono, and loves sharing her perspective and knowledge about Japan across social media and at JustAJapaneseGirl.

How To Travel In Japan When You Don't Speak Japanese

If you enjoyed this article please share this image: