Shin-Takaoka is a little-known (but not so little) shinkansen station on the Hokuriku line. If you're travelling from Tokyo, it's one stop before Kanazawa - the final stop on the line. 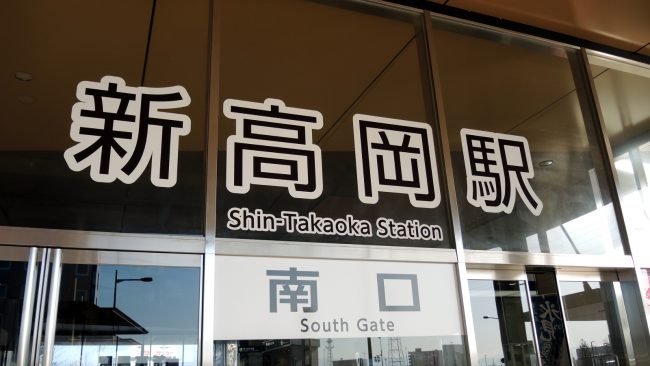 On this day I had arranged to meet a Periscoper for the first time. His Periscope name is BDJoetsu. BD are his initials and he lives in Joetsu - a town not far from Nagoya.

BD was born in Scotland but has lived in Japan for more than 20 years. I recommend you check him out HERE. His scopes are really interesting about everyday life in rural Japan.

We agreed to meet up and spend the day in Kanazawa. I had stayed in the beautiful mountain village of Ainokura in Gokayama the night before, heading down to Takaoka by bus to catch the Hakutaka shinkansen to Kanazawa. 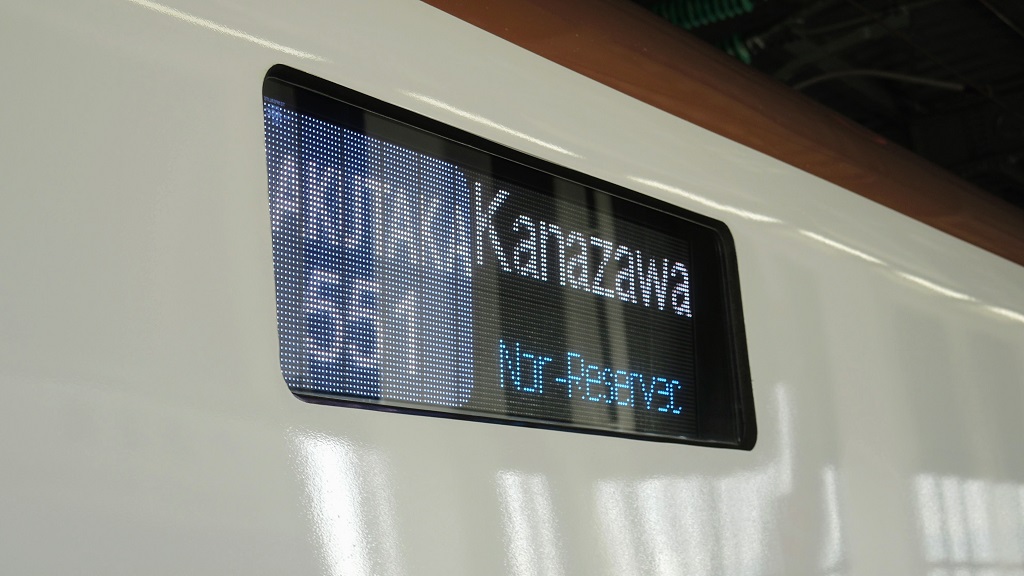 BD and I were messaging each other that morning to co-ordinate a rough arrival time in Kanazawa of around 10am.

Wouldn't it be cool, I thought, if we met on the train en-route rather than just at Kanazawa Station!? BD said he was in car 4 - so we headed up to the platform and waited in the boarding location for the fourth carriage.

The beautifully-designed Hakuata shinkansen, with its sky blue roof and white and copper side livery, glided into the station. 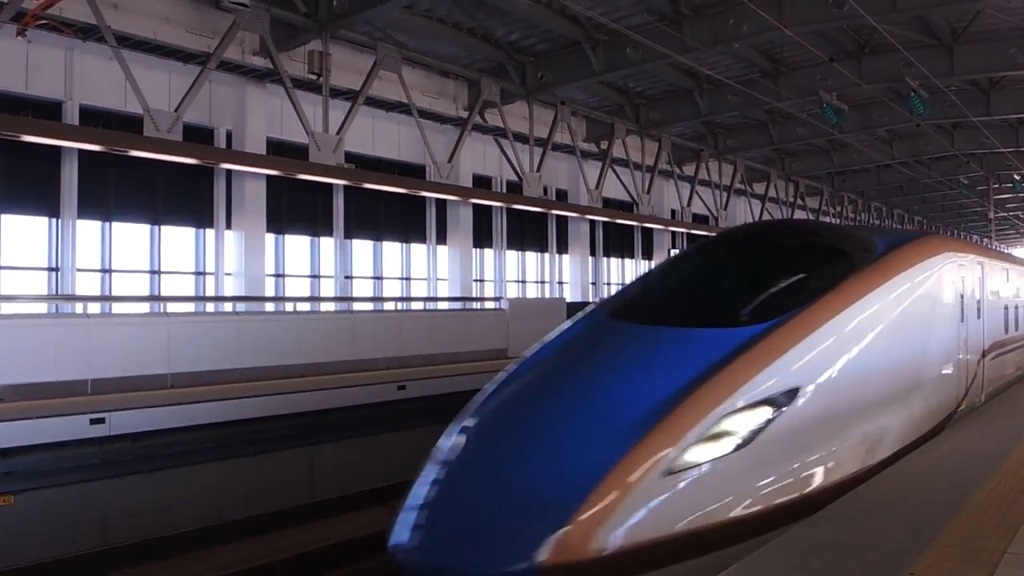 As it came to a halt, there, right in front of us, was BD waving to us from his window seat! That's when you can hear me laughing as the train comes to a stop (almost in disbelief) - at how small the world sometimes feels.