I recently went to see Japan's, no..., make that the world's leading exponents of taiko drumming - the Kodo drummers.

Or at least I thought that's what I was going to see.

By the end of the evening I was left wondering: what the hell has happened to the Kodo drummers?! 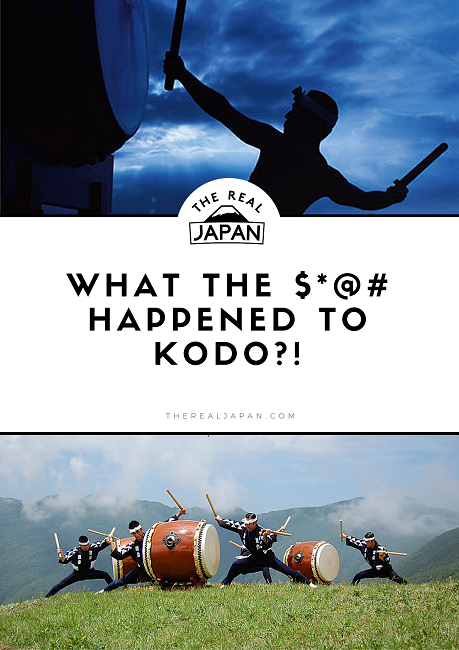 They were performing at the Barbican Centre in London as part of their 35th Anniversary World Tour. I've seen them several times before down the decades and every time has been an unforgettable experience. Like nothing else on Earth. 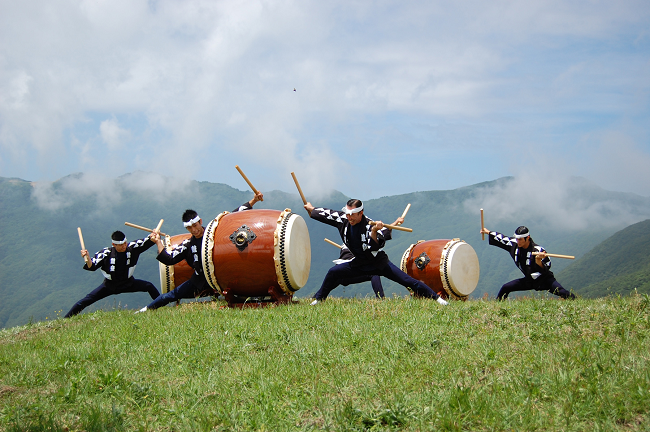 Kodo drummers are based on the remote island of Sado

I recently went to see Japan's, no..., make that the world's leading exponents of taiko drumming - the Kodo drummers.

Well, that's how it used to be. Sadly, not any more it seems.

The Barbican guide referring to Kodo as combining "taiko drumming with dance, song and kabuki" was at least transparent about where this is all going wrong. Kodo is (or was) a professional taiko drumming troupe. Plain and simple.

We constantly hear how change is a good thing. Evolve or die some say. Certainly, when it comes to travelling I want to continue discovering new experiences - so that's kinda like change, I guess. If it is, I like that sort of change.

However, the kind of change I don't like it that which is driven not by need but by needless meddling. And that's what has happened here.

I fell in love with Kodo

I first sampled Kodo live in the 1990s when I was soaking up all examples of Japanese culture I could whilst living in the UK. I'd go to Sadler's Wells Theatre in London to see kabuki, noh, bunraku and traditional Japanese dance. And whenever Kodo played in the UK, I'd go to see them. And it would be a glorious experience.

I've visited thier mysterious home island of Sado off the north coast of Japan - getting a hands-on tutorial from Shinichi Sogo a former Kodo member at the Kodo Cultural Foundation's Taiko Center. I've got the (faded and shrunken) T-shirt and I have the albums. It's fair to say I fell in love with Kodo.

That was then, this is now

However, what I hadn't picked up on was that in 2012 there was a change of Artistic Director at Kodo. And a rather dramatic one at that. Tamasaburo Bando, a former kabuki actor, took over and as so often happens after such appointments, appears to have felt compelled to change Kodo.

Based on this most recent experience, what was once the pinnacle of the art form of taiko drumming, has been reduced to a diluted, theatrical and popularist shadow of its former self.

Desperate to be liked

Pretty much everything that set Kodo apart and above all wannabes has been discarded, replaced by popularist nonsense that has no place in a Kodo performance as far as I'm concerned. The current incarnation of Kodo comes across as desperate to be liked, when it should be commanding reverence.

Worst of all, the compromises have resulted in an unremarkable, embarassing version of what was once truly spectacular. Anyone coming new to Kodo through this current tour will have no idea what they are missing. But this current imposter certainly isn't what I and millions of others know and love as Kodo. Shameful. 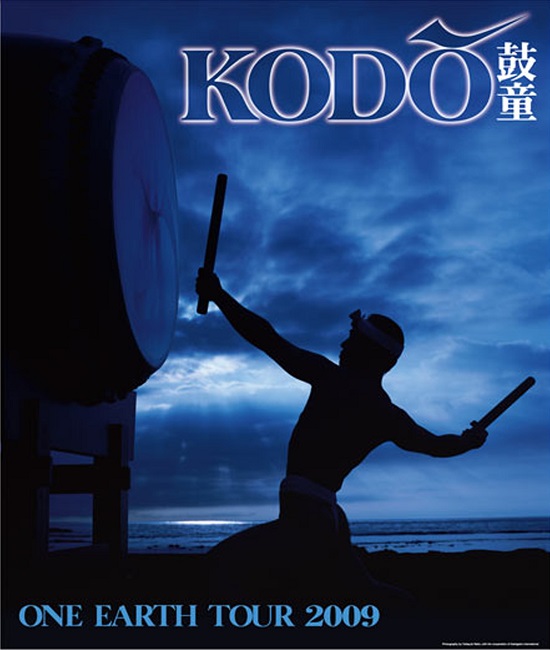 A friend also in attendance last night was so distraught at what he heard that he left after just 40 minutes and has requested a refund from the Barbican. Understandable as at times the programme was downright irritating (ie Chit Chat).

The second half of the programme was better than the first, and included two older pieces - but even those were but pale imitations of their former selves.

The massive o-daiko drum that used to be the centrepiece of the climax of most Kodo programmes has been discarded for a far smaller one, requiring less physical effort to play. Whereas before the drummer had to stand, both arms held high above his head, hammering the drum skin with sticks that were (and this is no exaggeration) almost as thick as a baseball bat.

This required an immense amount of strength and stamina - to say nothing of the technical and musical ability. The drummers were exhausted, drenched in sweat afterwards. In contrast, its smaller replacement is on the floor making it far easier for the dummer to use, requiring nothing like the skill and effort to play.

Kodo! Kodo! Where for art thou Kodo?

In the past, the physiques of the members of the troupe were outstanding, reflecting the years of training and physical demands required of their artform.

Today, there were just a couple of the troupe (the two eldest male members) who resembled the former Kodo. Instead, they have been replaced by a far more youthful group (one suspects in a patronising attempt to broaden Kodo's appeal among a younger audience).

I think, without exception, all the changes instigated by Bando are ill-conceived, resulting in a textbook example of dumbing down culture to broaden its appeal.

Clear evidence, in my view, that not all change is good! Far from it.

I remain hopeful this is 'just a phase'

Nevertheless, I remain hopeful that this is just a phase the Kodo are going through.

I sincerely hope that it isn't long before we can look back on this episode in Kodo's otherwise honourable history as a short-lived abhorration, and we once again revel in the unmatched glory of Kodo in its purest form. Once again at the pinnacle of the expressive musical artform of taiko drumming.

Do you agree that not all change is good? Are you a Kodo fan? Do you agree or disagree with this article? I'd love to hear your thoughts, feedback or questions. Just leave a comment below...