Ebook readers sound like the perfect Japanese gadget. Atfer all, the Japanese are well-known for their insatiable appetite for reading; whether it be newspapers, manga, an infinite variety of specialist magazines or novels. 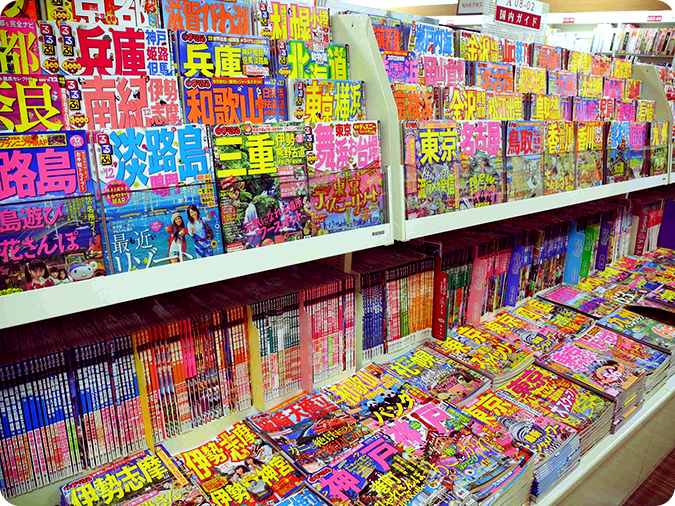 A typical magazine display in a local bookshop

An insatiable appetite for reading

The Japanese are also well-known for their love of technology. So, you’d think a gadget that combines these two national passions, such as ebook readers, would be as popular as breathing. But, until recently, you’d have been wrong.

As a once frequent user of trains into London (and around it via the underground), not a single day went by without seeing someone using an e-reader. Indeed, randomly get on any tube train around rush hour and you’ll regularly see more ebooks than traditional books being read.

Not so in Japan. Not even in the capital Tokyo.

Not once did I see someone using an e-Reader

This first struck me during a trip in 2012, which included time spent in Tokyo, Osaka and many train journeys (including the shinkansen bullet trains), as well as internal flights. Not once did I see someone using an e-reader. Not once!

More than two weeks spent in the country globally recognised as one of the most technologically advanced, and not a single e-reader to be found.

Japanese electronics/technology giant Sony was one of the first to utilise ‘e-ink’ technology - the clever tech that means reading from an e-reader screen is close to reading print on paper. They were also creators of one of the first readers to come to the global mass market with its Sony Librie way back in 2004.

So why didn’t I see a single e-Reader in Japan?

For all their love of high-tech, the Japanese remain a traditional race at heart. They also manage to sustain social, cultural and economic trends at a national level that most other countries (certainly in the West) would never be able to pull off.

So, if, because of some deeply-ingrained reason, they prefered Yahoo!’s services over Google’s, or clamshell mobiles over smartphones, or print over digital text, then they’ll see nothing unusual or surprising in that.

They may, in their own time (and on their own terms) gradually decide, often over a period of many years, that they will switch from clamshells to smartphones (as is happening now). But it will be how and when they choose. Their equal love of print, in the forms listed above, seems as strong as ever it was.

One year on and, by September 2013, Amazon's Kindle was most popular e-reading device in Japan. This was surprising, not least because relative newcomer Kobo (available in the UK via WH Smith bricks and mortar stores) is owned by Japanese company Rakuten.

So, although you do see e-readers in use today, they are (still surprisingly) nowhere near as prevalent as in other countries. As sales of smartphones have increased they have stolen some of the e-readers potential, by marketing e-manga (manga formatted for mobiles) as a feature of the new, big screen, touch screen phones.

Meaning school children and salarymen need only have one device rather than two to call people and read their favourite titles.