Moerenuma Park in Sapporo, Hokkaido, is possibly the most incredible and breathtaking park in Japan.

Designed by artist Isamu Noguchi, the 1,888,000 m² park is on the outskirts of Sapporo, transforming what was a waste treatment area into one of the most striking pseudo-natural landscapes I've ever seen.

There are several massive installations like this in the park, but I've chosen this photo of the Tetra Mound as the first image to post. 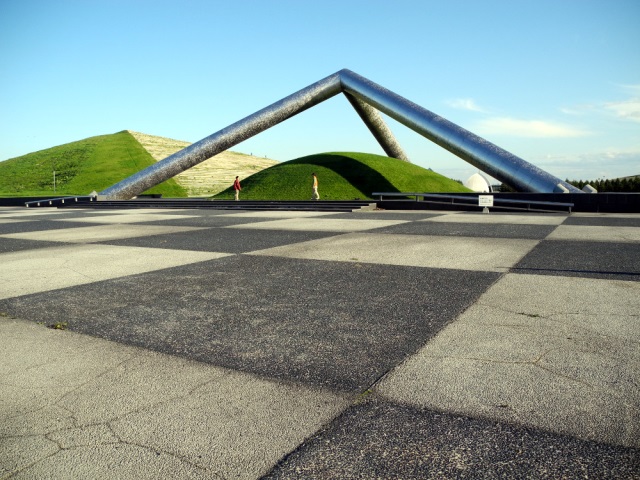 Its scale (13 meters high) is discernible from the two figures seen below the point of the triangular pyramid. These were two teenagers skateboarding around the sculpture. Not strictly permitted, but I can't say I blame them. As skate park locations go this has to be among the most visually striking out there.

TRJ Geek Footnote: Anyone who remembers the 1984 Lucasfilm video game Ballblazer which featured a futuristic sports playing field of huge chequerboards will probably react like I did - which was like being inside the video game on the field of play.