Japan Travel Diary (Returning To Japan After The Pandemic)

Finally, after more than 2 years of being stuck outside the country, I've been granted a special visa to return with my wife to Japan.

This is the longest period I've been away from Japan since I first arrived in 2000.

But I could hardly go without giving you the chance to join me - at least virtually.

So I'm sharing my journey via a series of Video Diaries here on this page. I'll also be livestreaming on YouTube, so you can join me virtually as I make my way around Japan.

Please do pop in for a chat, ask questions and tell me about your own Japan travel plans when I go live.

Or Leave A Comment below and I'll reply as soon as I can. 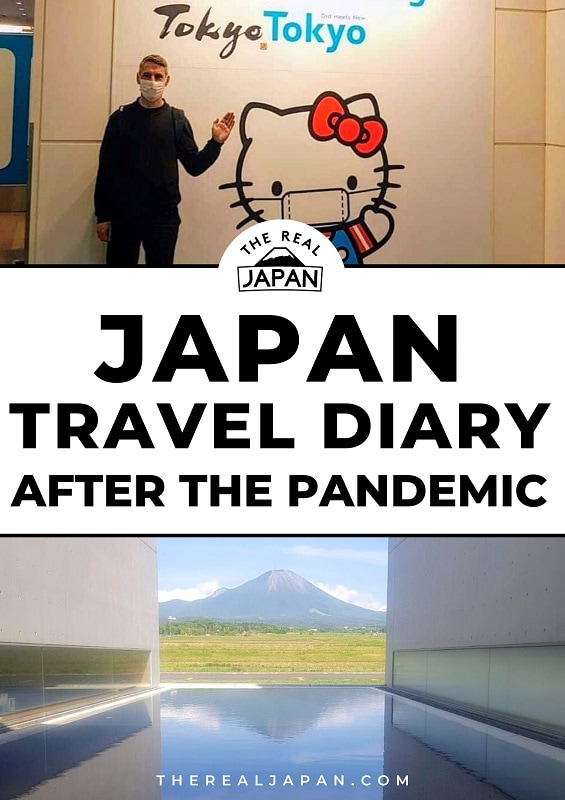 Nestling on the Kobe city side of Mt. Rokko is the Nunobiki Herb Garden. To get here you need to take the Nunobiki Ropeway with its dramatic views over Kobe and Osaka.

With spectacular views over Kobe and out across Osaka Bay to Osaka and Kansai International Airport in the distance, riding the ropeway from the top of the densely forested side of the mountain to the bottom next to Shin-Kobe Railway Station is one of my favourite ways to pass the time whenever I am in Kobe. Stunning views over Kobe, Osaka Bay and beyond.

A colourful night life walk in and around the newly rennovated Hankyu Kobe-Sannomiya Station in Kobe. Featuring the newly built Hankyu Remm+ Kobe Sannomiya Hotel, and new bars and restaurants on the main and back streets.

And few peeks inside some izakaya bars too.

Settling in for the night at our ryokan in the mountains near Ryujinmura in Wakayama Prefecture. Nature provided us with a frog chorus to send us to sleep with. Creating vivid memories in The Real Japan. Goodnight...

The city was home to famous yokai (strange apparition) creator Mizuki Shigeru and it really celebrates him and his work. Would be great fun spending Halloween here! 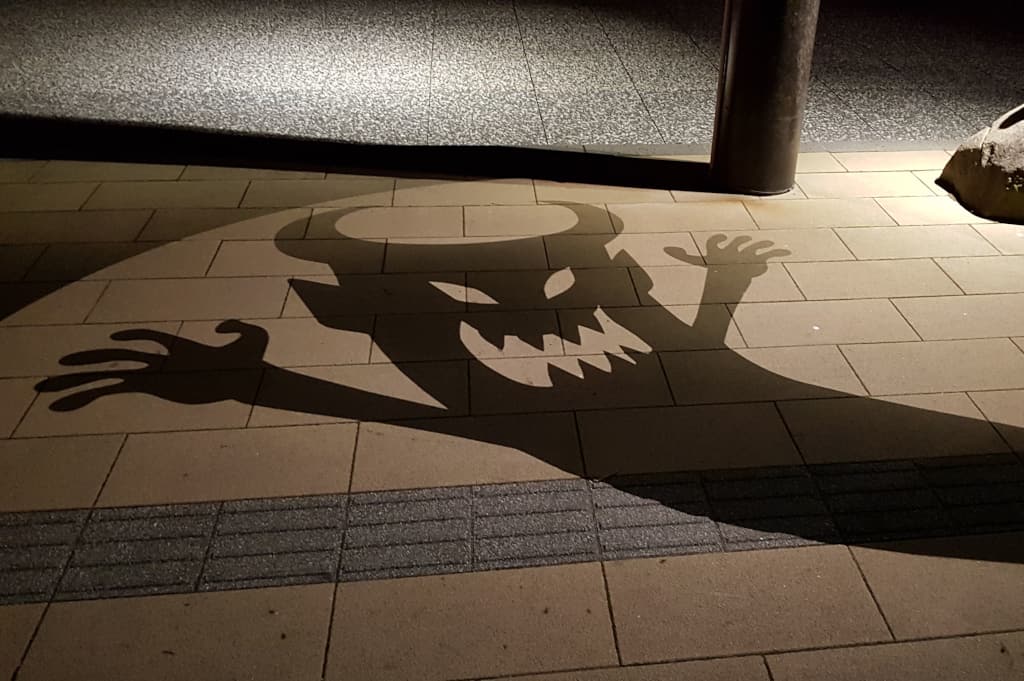 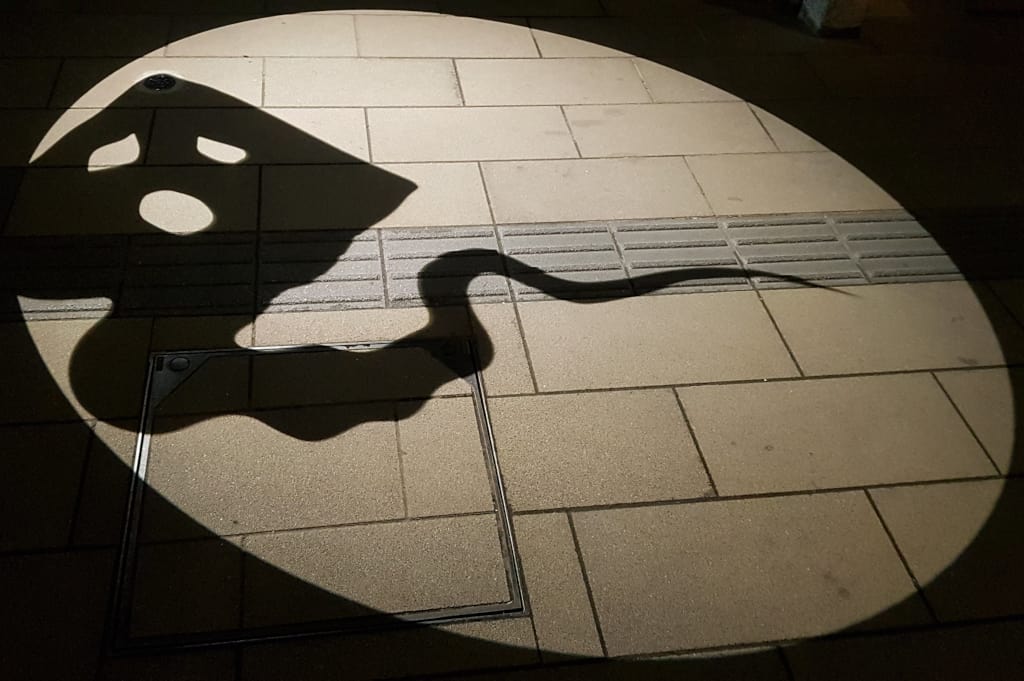 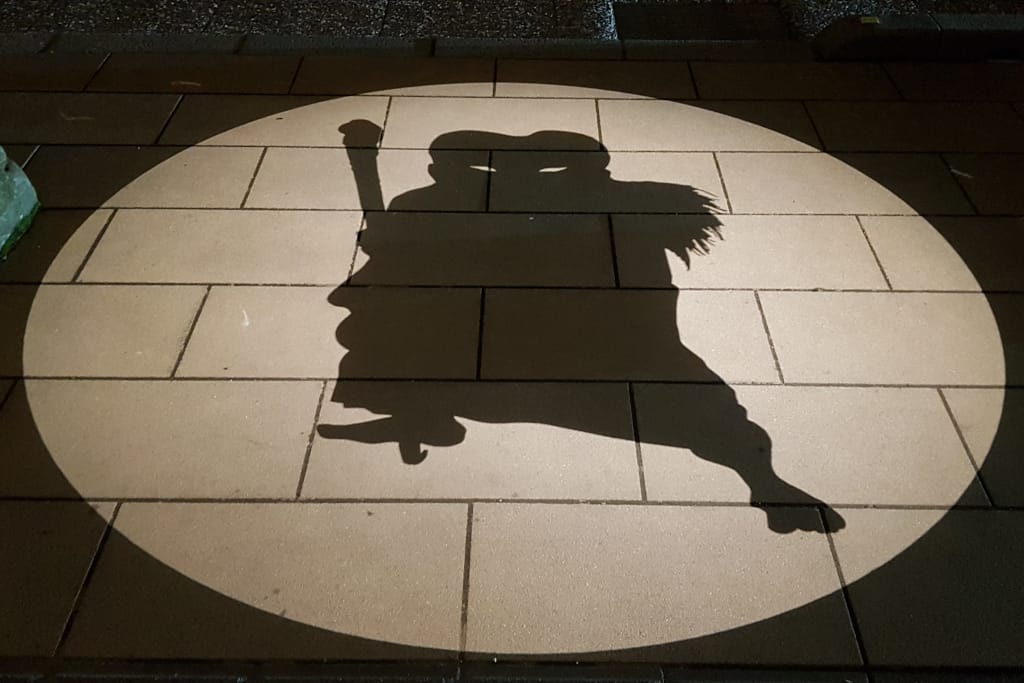 Magnificent day in Himeji exploring beyond the castle.

The spectacular Engyoji temple complex on Mt. Shosha was a highlight. Highly recommended. 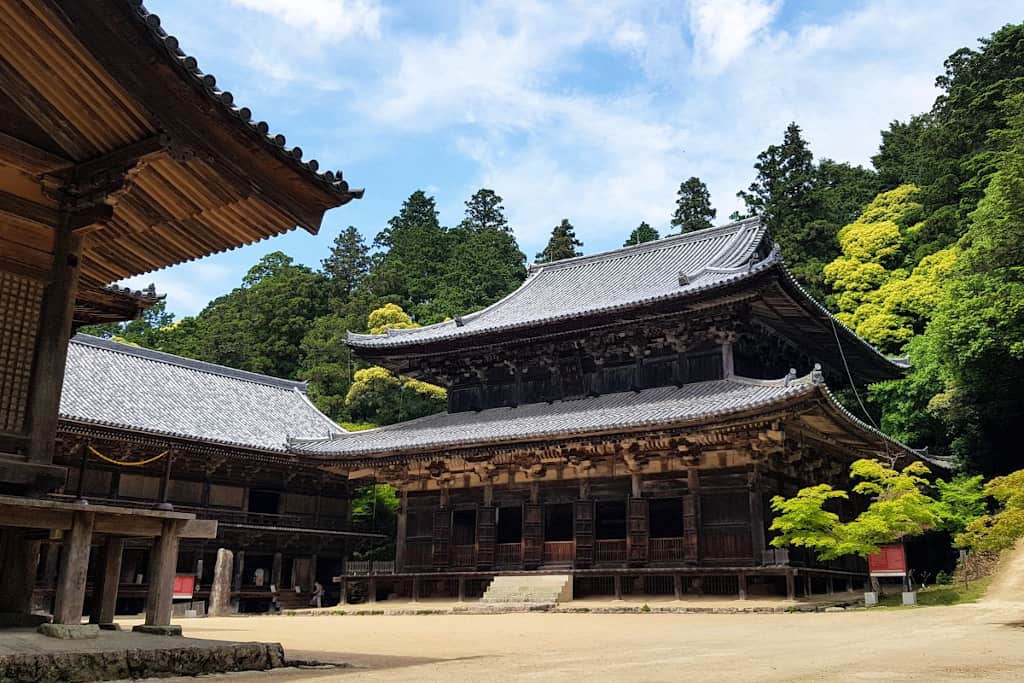 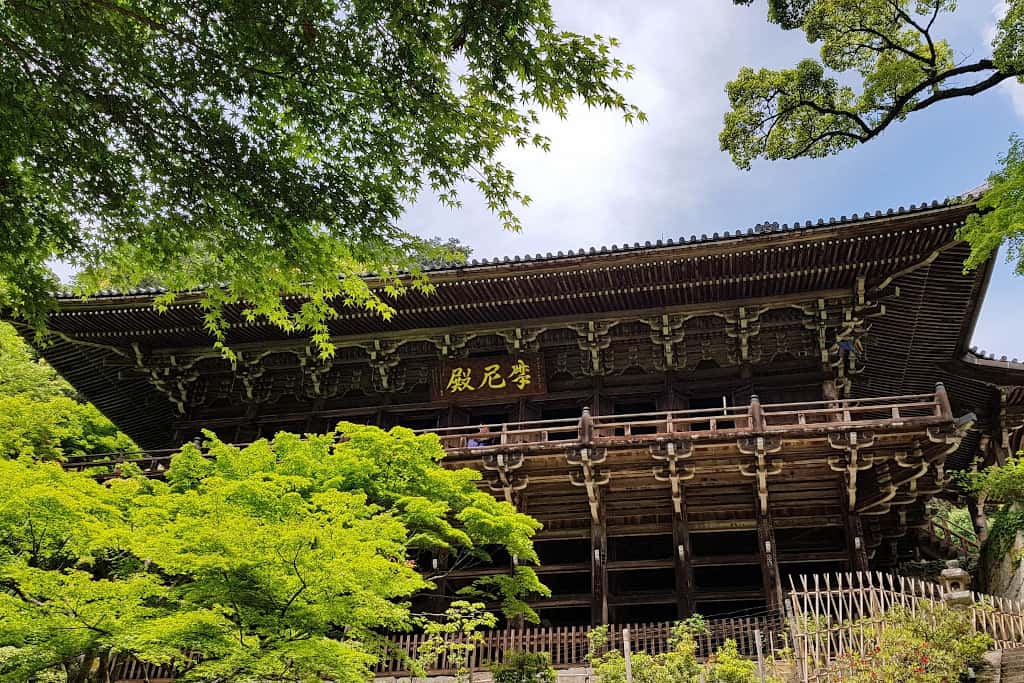 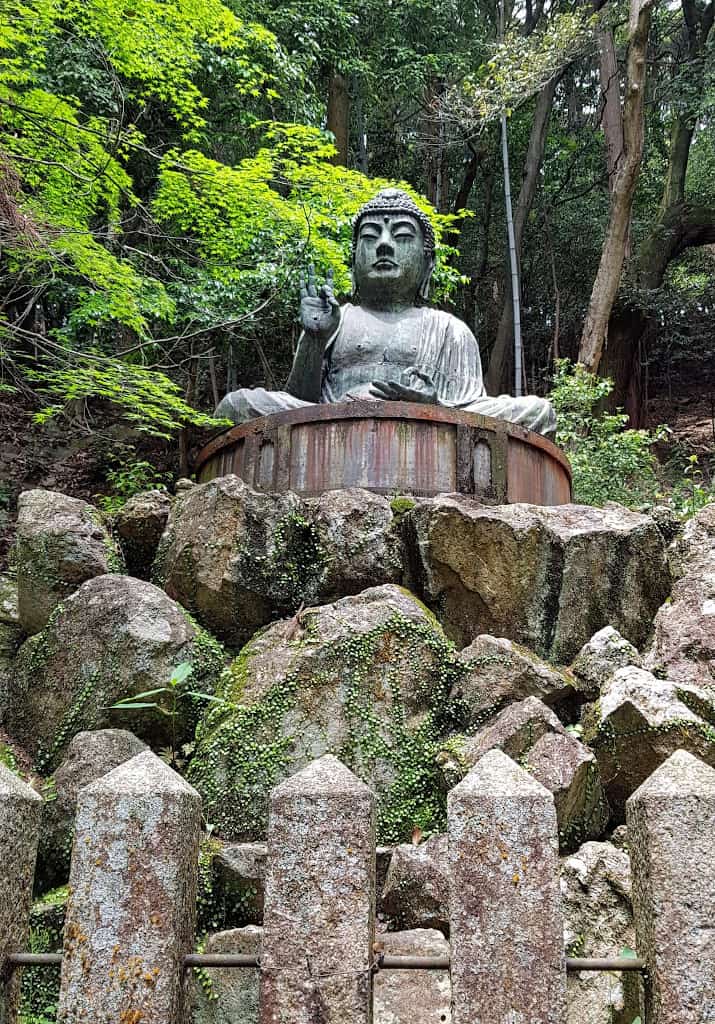 Here's a few striking views of Mt. Daisen from the (excellent) Shoji Ueda Museum of Photography in Houki-cho, Tottori prefecture. 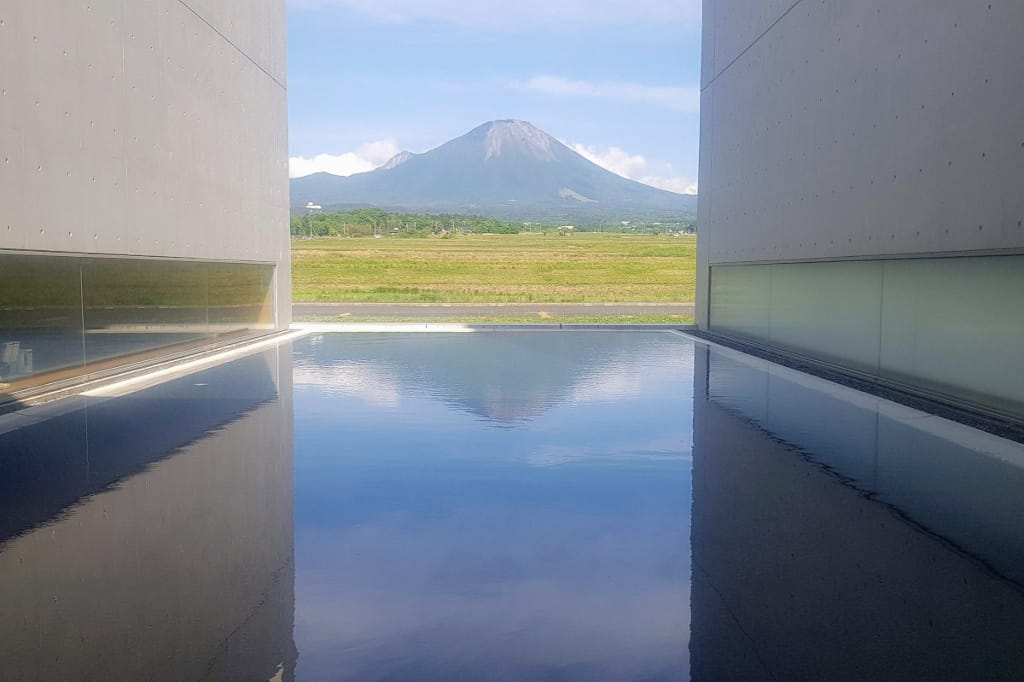 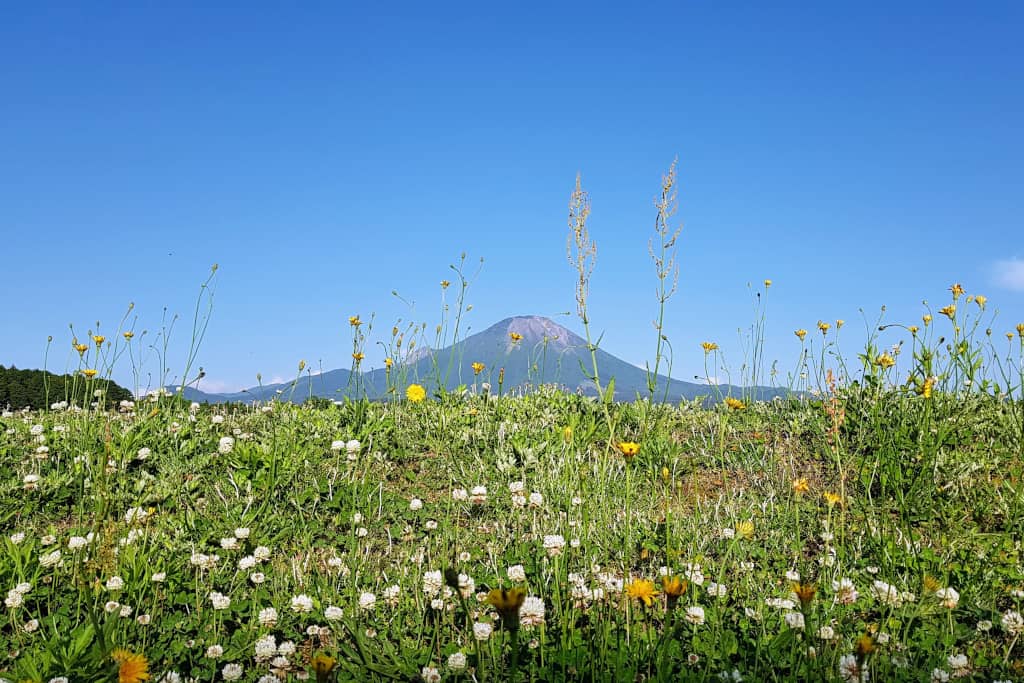 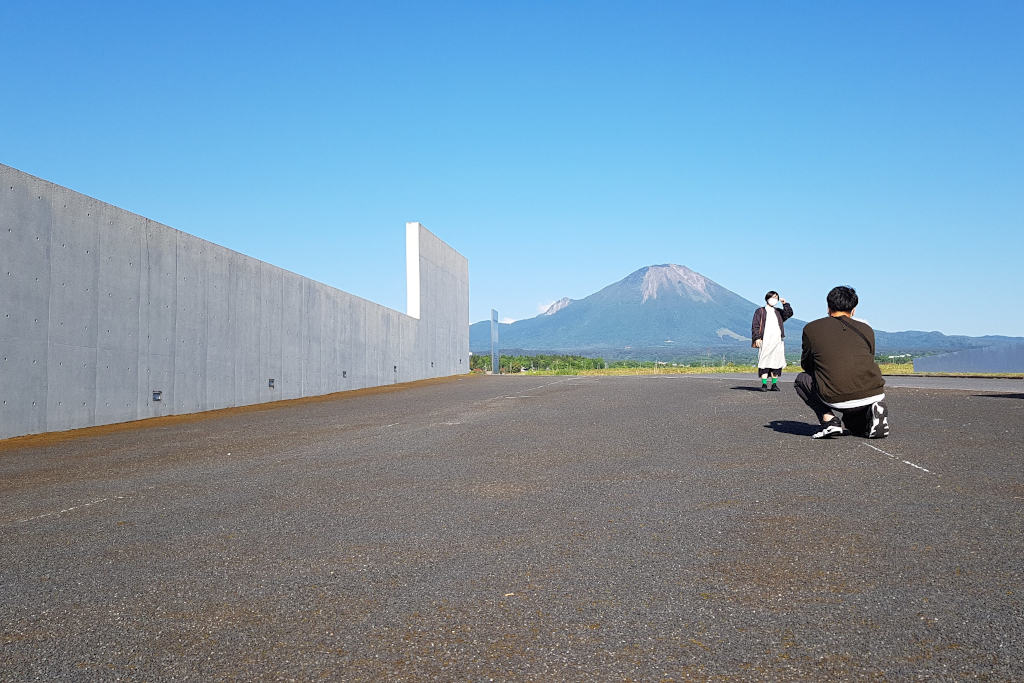 Not the kind of image most people think of when you mention Osaka. But just across from the city, on the other side of Osaka Bay is Awaji Island, complete with palm tree fringed beaches... 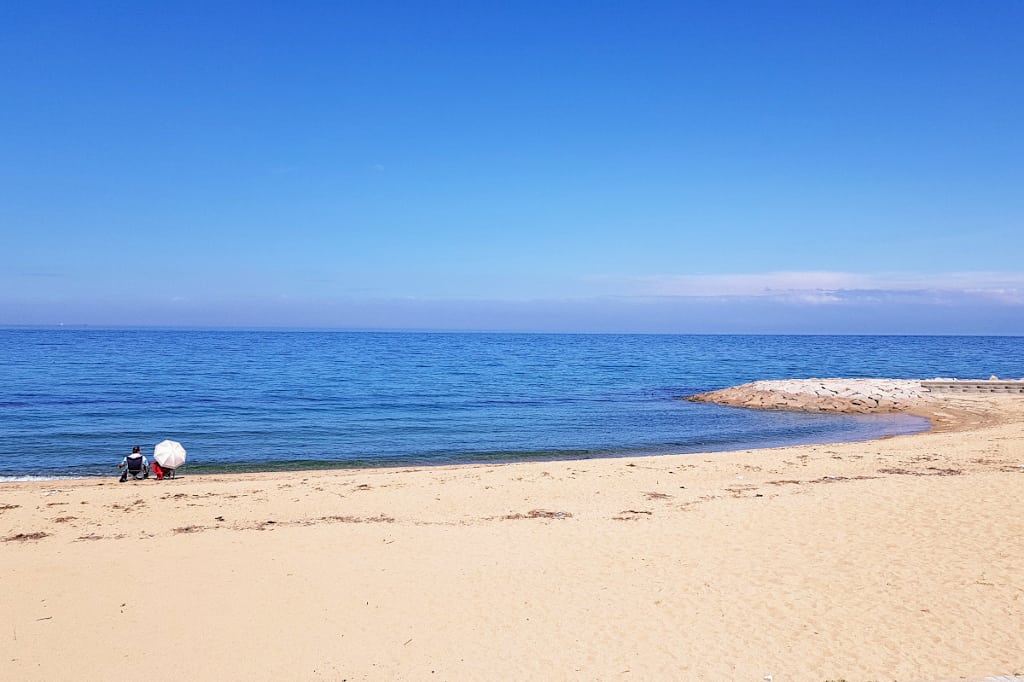 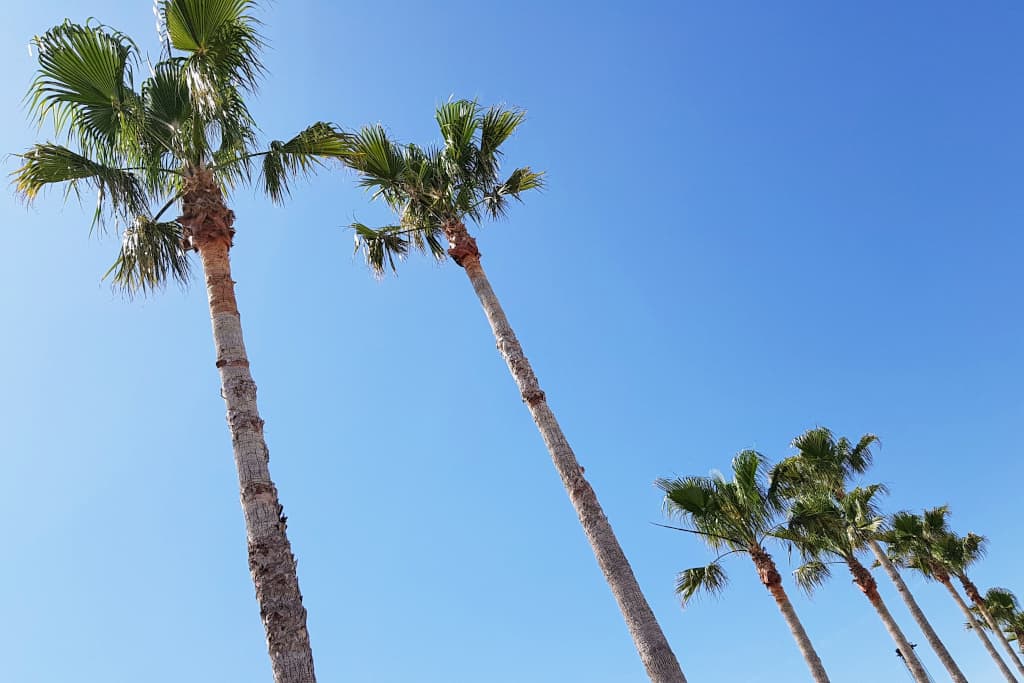 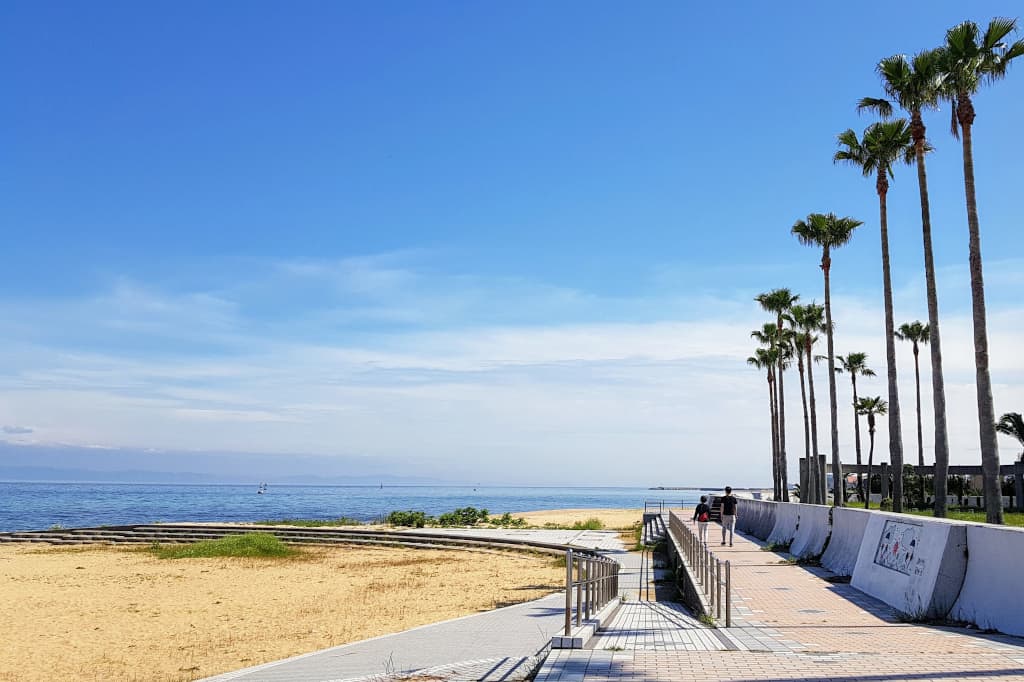 It was only when walking onto the plane I felt I could believe this was actually happening and relax.

Flying with Japan Airlines (JAL) from London, you would normally fly north over Sweden then turn right and fly over Russia for about 9 hours, before turning south over China and down into Japan.

But Putin’s war on Ukraine changed all that with a no-fly zone over Russian airspace. Pre-flight, JAL had been indicating that they would simply be flying further north to avoid Russia. Turning a 12 hour flight into something closer to 16 hours.

However, once we were in the air, our flight plan headed south. Over Amsterdam, Budapest, Bucharest, Ankara, Baku, then over the Caspian Sea, south of the Aral Sea, north of Tashkent and Samarkand, onto Ulan Bator, Beijing, Dalian, Seoul, then Japan’s Oki Islands, Nagoya, Hamamatsu, and Tokyo. 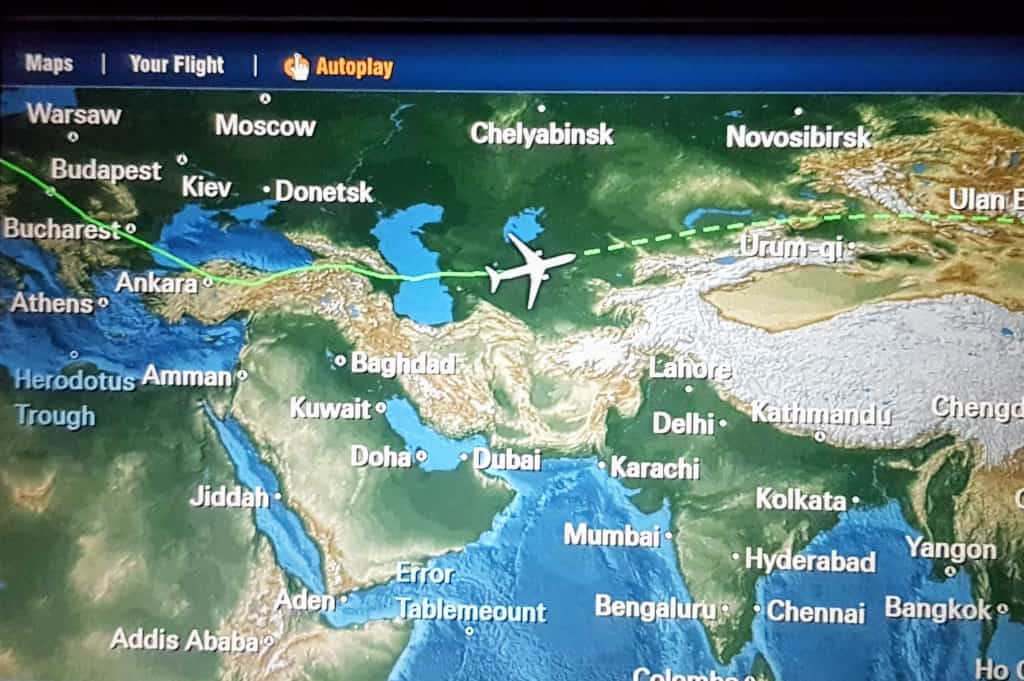 The flight you had anticipated has been cancelled. Please wait for further instructions.

I'm a good flyer, rarely get nervous, but the turbulence we experienced pretty much throughout the flight, on and off, was genuinely alarming at times. After getting woken up by a particularly belligerent patch of turbulence, I genuinely began thinking about what would happen if we were killed in a crash.

How soon would friends looking after our house and Kuro-chan (our cat) while we were away, hear of our demise? What about our families? When would the news reach my social followers, word of mouth spreading. I literally imagined folks saying "At least he died pursuing what he loved."

I don't have such thoughts very often. Maybe it was the war affecting our flight playing heavily on my mind. Or maybe I just really needed a real break after two and a half years of a pandemic and not being in Japan.

It was now light outside. As we were sitting towards the rear of the plane I could see how much the wings were flexing in time with the cabin shaking from side to side. Then they closed the window blinds. Out of sight, it may have been, but not out of mind, that's for sure. 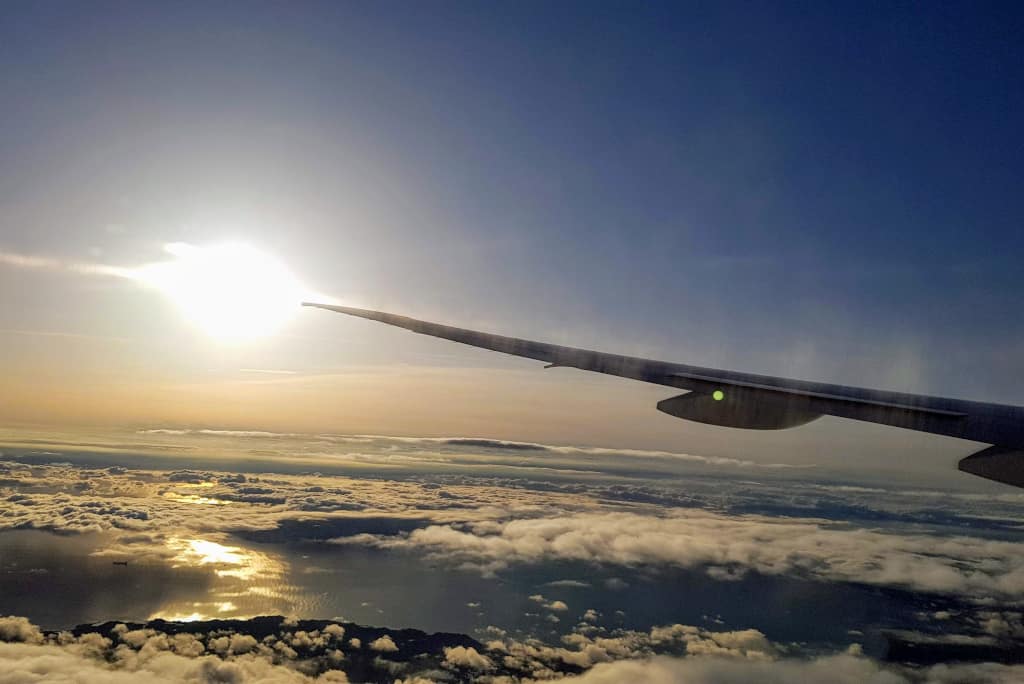 Spectacular views from 30,000 feet above the Caspian Sea (or there abouts)

A few hours on, the blinds opened again, and my mood was lifted by the spectacular beauty of the clouds below us.

It may have been my imagination, but as we approached Japan, the clouds looked almost mystical. Veiling the magical landscape below.

So excited in the sense of arriving at another destination, ready to explore what lies beyond.

I was just finishing my yoga class earlier this evening, when I got a 'ping' notification on my phone.

I managed to wait until the class was over, but grabbed my phone and anxiously looked at my email.

I downloaded the result, scrolled down, and saw this... 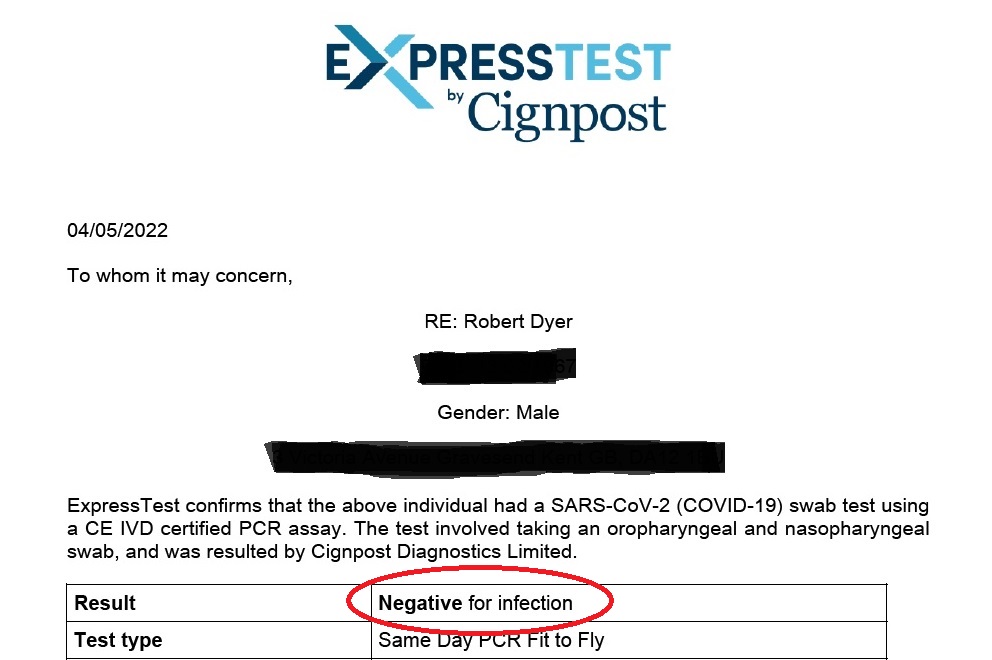 But, what about my wife's result?

We can go to Japan!

We've spent the rest of this evening updating apps with the test results, to get the green light (literally - the screen of the app changes to green when you're given the all-clear to travel).

At last, we can get into the country.

We then have to test on arrival and wait for the results before we can (hopefully) leave the airport, and finally start our journey.

So, there you have it, I'm one Japan Airlines flight away from returning to The Real Japan.

I hope you are able to do the same very soon.

In the meantime, I'll continue to share the story of my journey with you along the way.

I hope it encourages and inspires you.

After more than 2 years of being stuck outside the country, I've been granted a special visa to return with my wife to Japan.

This is the longest period I've been away from Japan since I first arrived in 2000. I had to apply for a special visa through the Japanese Embassy in London.

There was a bunch of (typically old-school) Japanese bureaucracy paperwork to get through, which included 3 months of bank statements just to 'prove' I had enough money to support myself while in the country.

The visa cost £22 - which had to be paid in cash, and the *exact* amount - no change given. (Ah Japan, your quaint cash ways still charm us!).

Of course, this is NOT a tourist visa, since the Japanese government still isn't issuing those at present (subscribe and be among the first to know when they do.)

What I was able to get is technically known as a temporary visitor visa as a spouse of a Japanese national.

So, that’s it, finally my wife and I can return together and we’ll be in Japan for 1 month. We’re due to arrive early May.

We’ll be spending most of our time in the Kansai and Chugoku regions of Honshu.

Places already on the list include Osaka, Kyoto, Kobe, Hiroshima, Tottori, Himeji and a bunch of little-known smaller places along the way.

But I could hardly go without giving you the chance to join me - at least virtually.

I’ll be sharing my journey via a series of Video Diaries I will be posting on this page as well as livestreaming on YouTube, so you can join me as I make my way around Japan. Join me for a chat, ask questions and get answers live.

And I’ll be posting regular updates across my social media.

In the meantime, if you have any questions about our trip please Leave A Comment below...

Have some questions about planning your own trip to Japan? Need help planning a Japan itinerary? The Real Japan offers some services that you might like to take a look at.

My Travel Planning Calls are ideal if you have a few unanswered questions about a trip you are planning, or would like feedback and suggestions on an itinerary you are building.  Learn More HERE.

If you'd rather hand over all the hard work for planning an entire trip then my Travel Planning Service is tailor-made for you. Learn More HERE.

Exploring The Magnificent Osaka Station City (Prepare To Be Amazed)

Exploring The Magnificent Osaka Station City (Prepare To Be Amazed)