Despite an 11th hour 'hitch' (more about that below), it was another great opportunity to say "Thank you" everyone who supports The Real Japan, and to meet existing friends and make new ones.

What's It All About?

The annual The Real Japan MeetUp is a chance for anyone in the global TRJ community to come together, in Japan, to meet fellow travellers, to catch up with friends and make new ones.

Each year I pick a location somewhere in Japan and announce it first to our subscribers and then on social media. 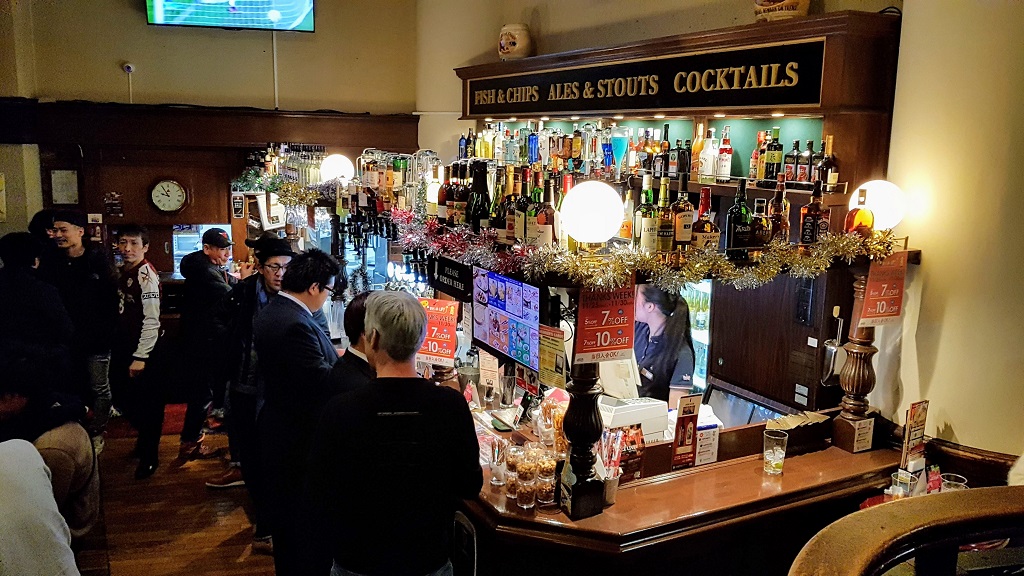 The Hub, a British-style pub, was this year's venue

The MeetUps are informal and friendly, an opportunity to get together and connect with other members of the TRJ community, over a bite to eat and a few drinks.

Those who come along are a mixture of TRJ followers who live in Japan, plus TRJ subscribers who happen to be in Japan at the time of the MeetUp. 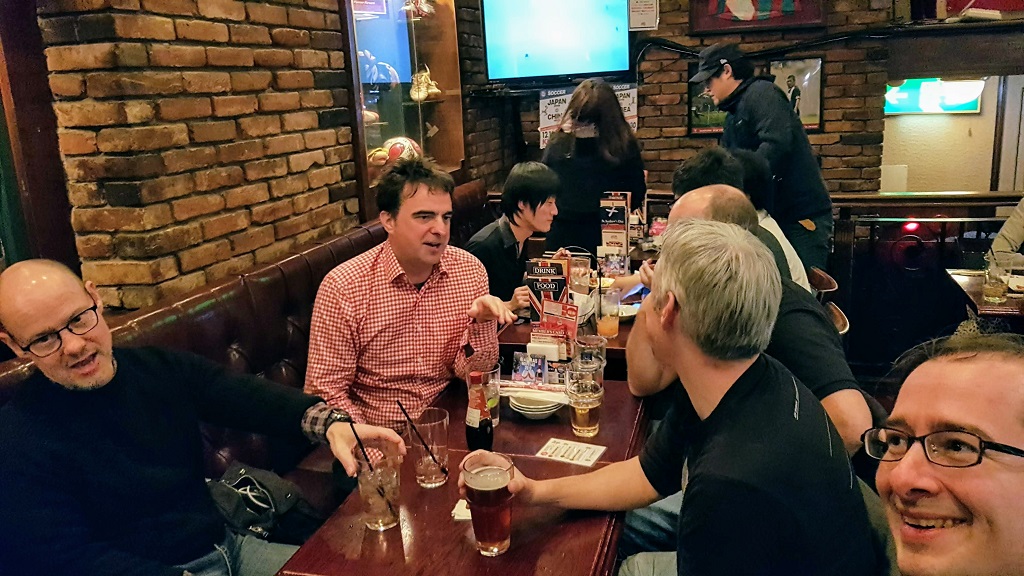 Followers living in Japan form the second largest group of subscribers, and are a combination of non-Japanese who have moved to Japan and Japanese nationals.

Having decided on Kobe as the location for this year's MeetUp, the search for a suitable venue began.

Having considered a few, I whittled it down to a final two. The first was The Harbour Tavern - an independent British-style pub opposite JR Sannomiya train station. 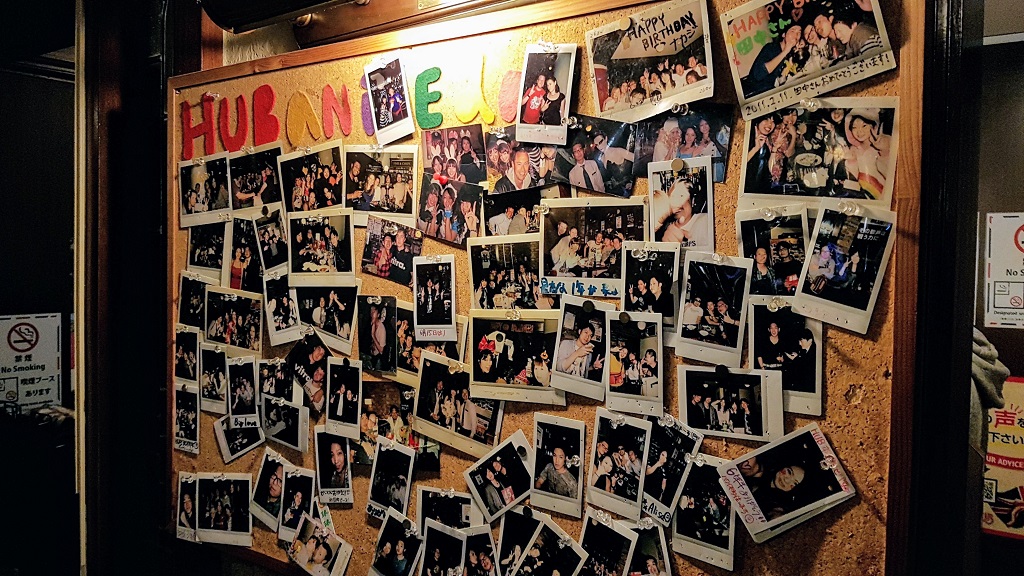 The Hub was a last-minute change of venue, but worked out really well

In the end, I opted for The Harbour Tavern for a couple of reasons. One, because I know it and had been there before. Two, because it was independently run and feels really close to being in a genuine British pub.

I made a booking at the venue and set up a Facebook Event page for it, announced it to TRJ subscribers and also promoted on social media. 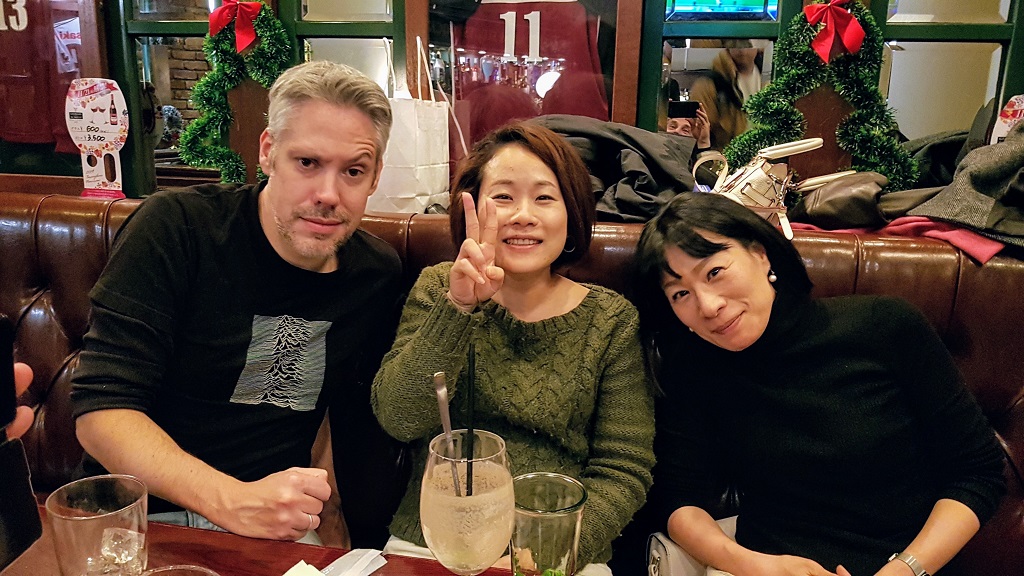 A Last-Minute Change of Venue

The event was due to 'officially' run between 5 - 10pm. I arrived at The Harbour Tavern at around 4:45pm and there were already a couple of attendees from last year's meetup already waiting outside.

One was Pete, who is from Chiba, half way across Japan on the far side of Tokyo (and the lucky winner of last year's goody bag prize).

The pub was due to open at 5pm (so you'd figure the manager would be there by now) but it did not look promising. 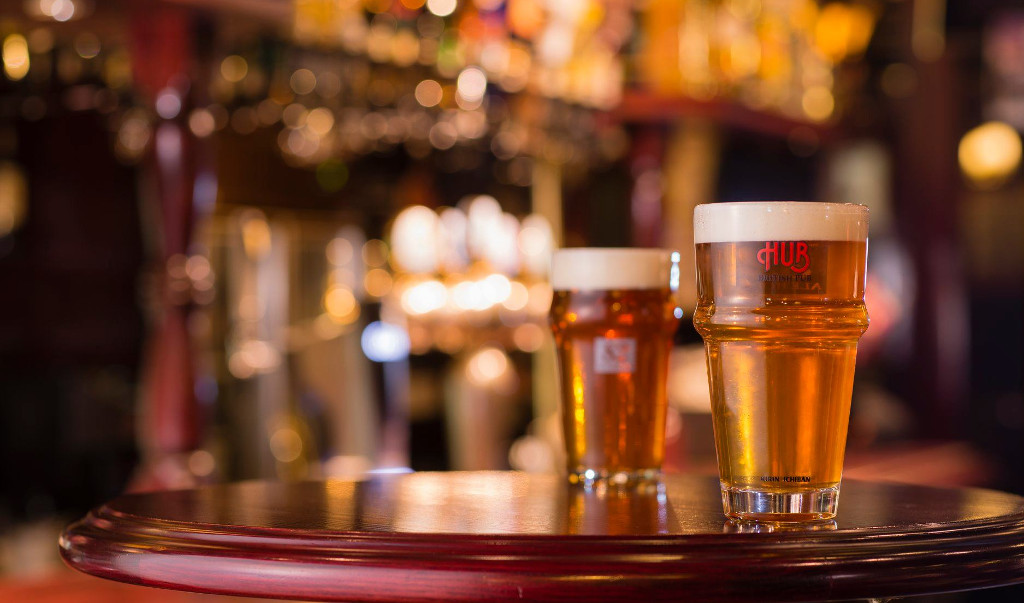 The bar takes up the entire 7th floor of the building and the lift was not stopping on that floor. Usually a sign that the business on that floor is not open.

As we waited, two Japanese women turned up. I introduced myself, asking if they were here for The Real Japan MeetUp - and they were (first-timers Chikoto and Tomoko).  Including my wife, there were now six of us, waiting out in the cold with no sign of The Harbour Tavern opening. 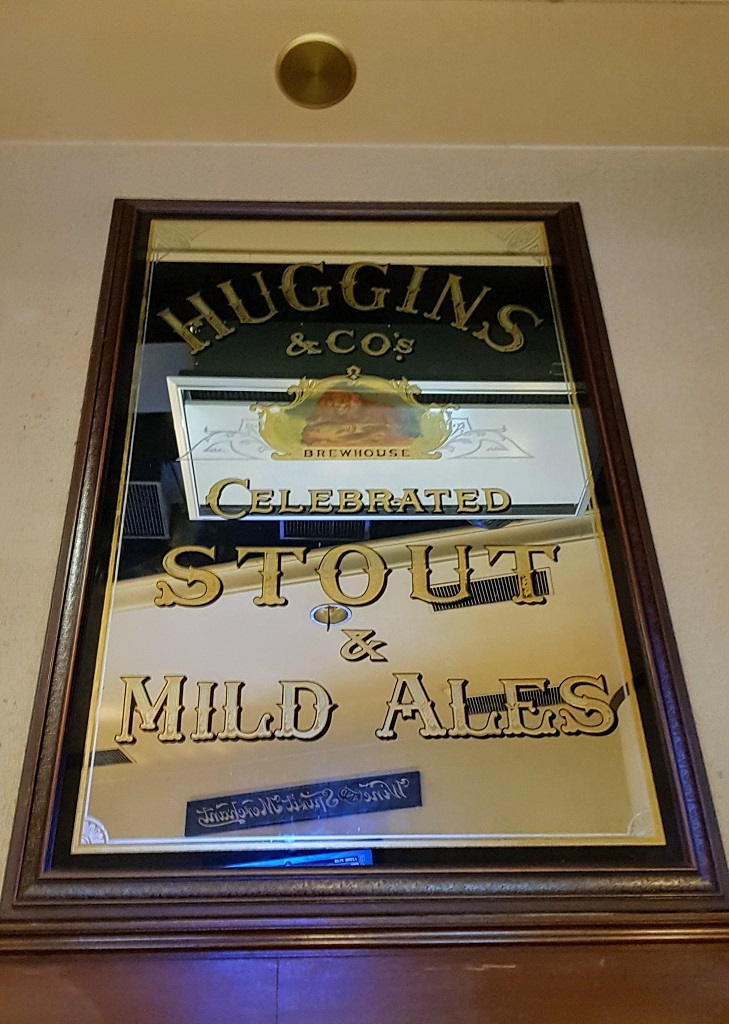 It was probably best to assume that we needed to switch meeting places - and fast before others arrived to a closed venue. Fortunately, having already shortlisted The Hub, which was just a couple of minutes walk away, that change was easy to make.

I quickly updated the Facebook Event page and then messaged about the change on social media.

The Hub has a Happy Hour between 5-7pm (when cocktails start from as little at 190yen), British (and guest) beers, and offers free Wi-Fi. 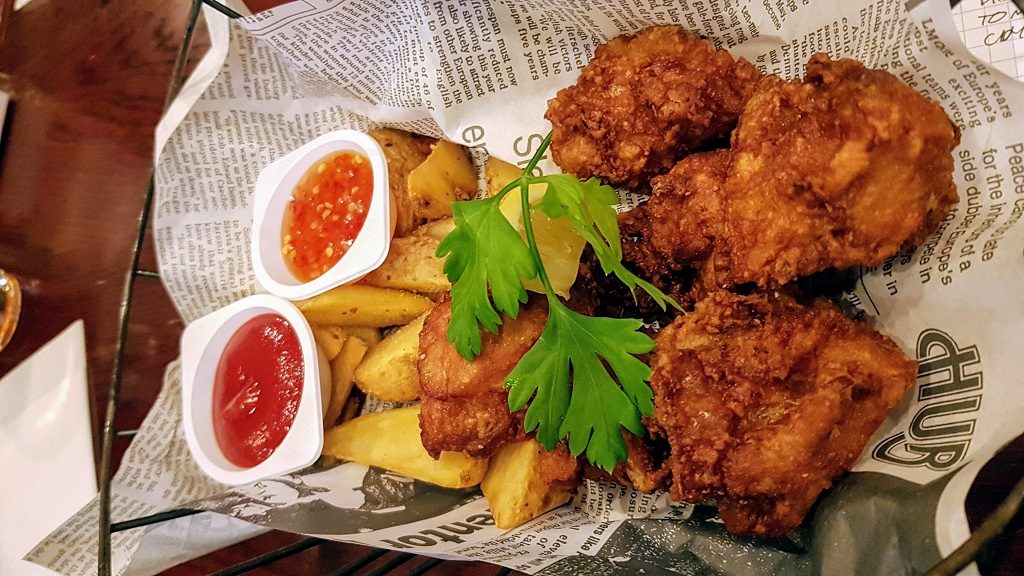 The karaage (deep fried chicken) at The Hub was pretty good and popular with attendees!

Every year there's a Japan Travel goody bag up for grabs. It's packed with travel related goodies like guidebooks, maps, snacks, gifts, and more. 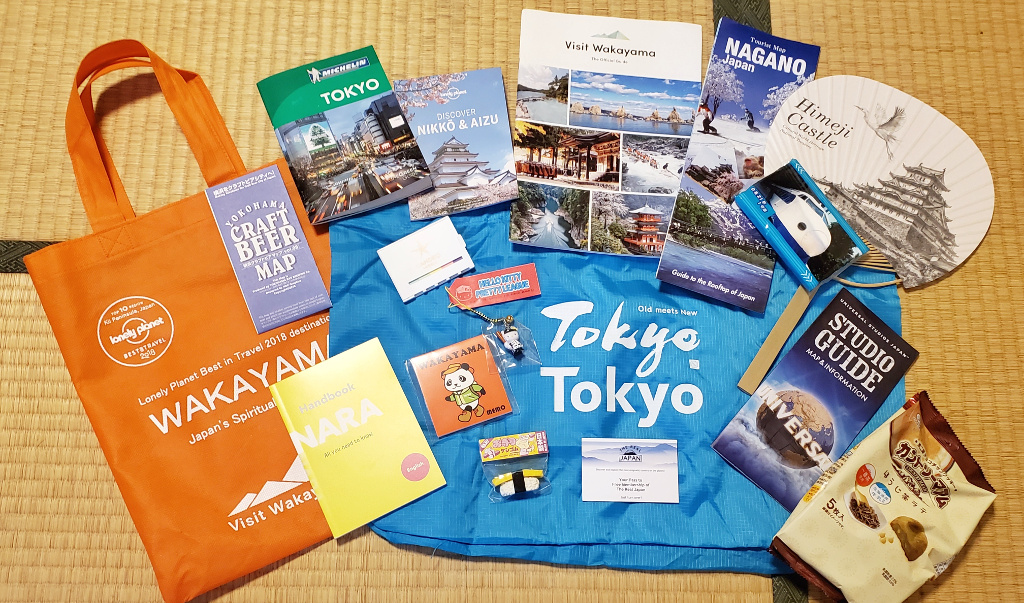 This year's lucky winner was Chris King. Chris lives in Osaka and the man behind FoodToursJapan.com - a guide to the best food tours in Japan. 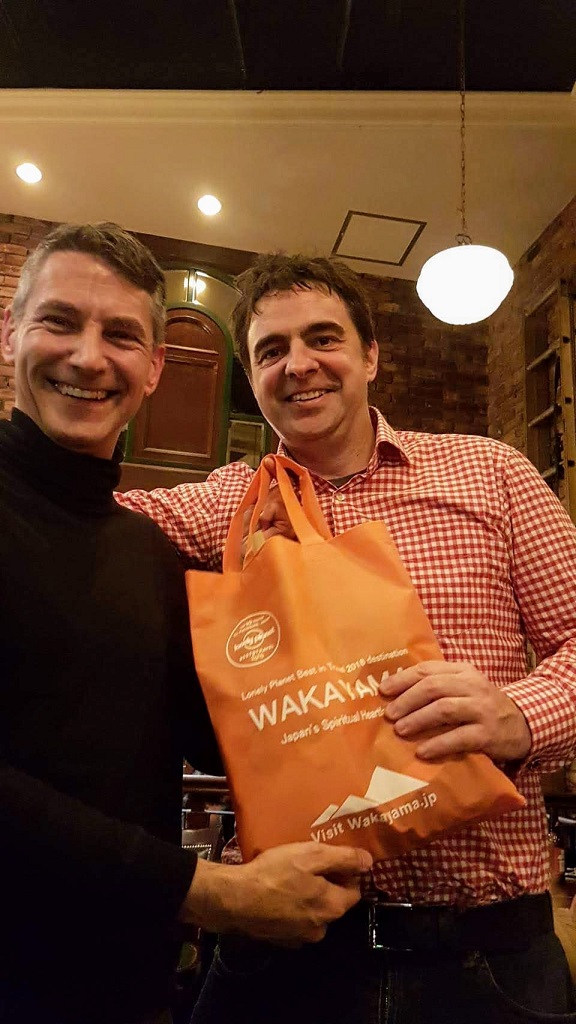 Included in this year's pack (all wrapped up in a fetching orange Wakayama bag) was an official Visit Wakayama guide. Unbeknowst to me, co-incidentally Chris had plans to visit Wakayama a few days after the MeetUp. 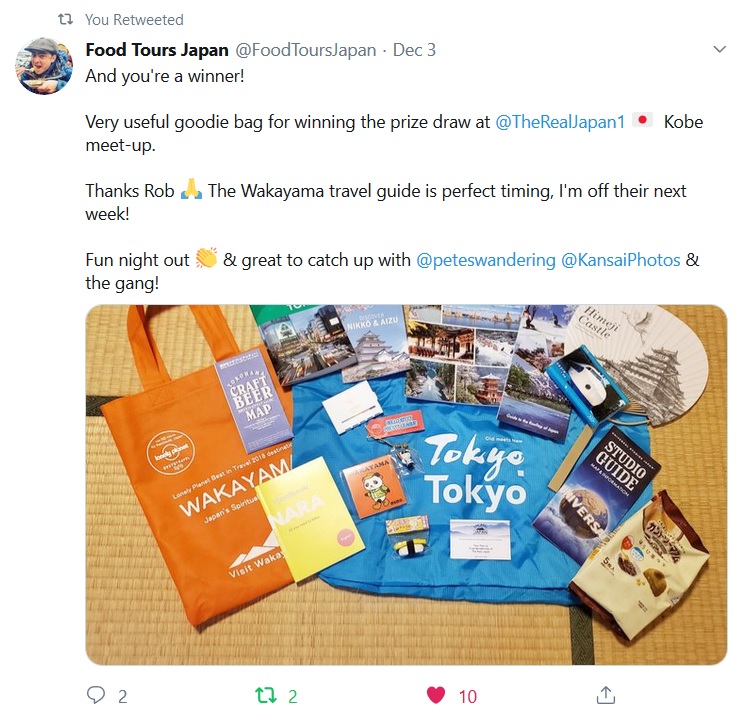 One big goal with starting these meetups was to give members of the wider TRJ community a means to come together every year, a welcoming place to meet others with a shared interest in travelling in Japan.

Having now run two of these, and seeing several return attendees, it's great to see that people who had never met before last year's meetup are now friends and using TRJ MeetUps as a way of keeping in touch and widening their social circles in the country. 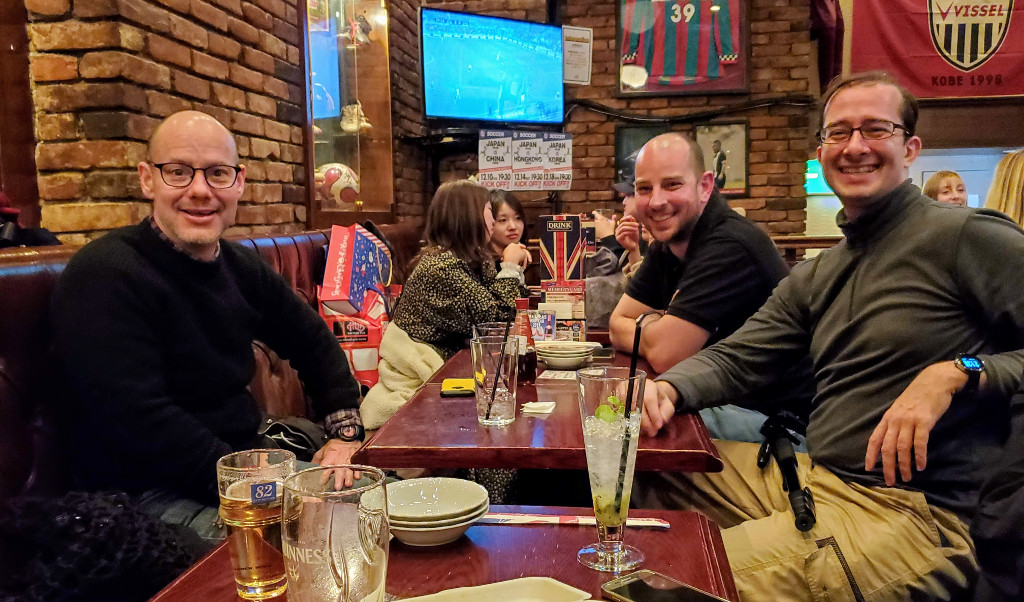 Guests relaxing at The Real Japan MeetUp 2019, The Hub, Kobe

This is just the kind of thing that I'd hope would be a side benefit for those attending. So it was great to see that actually happening.

If you're interested in the next meetup be sure to subscribe below, and you won't miss out on securing your place at the 2020 TRJ MeetUp.

In the meantime, here's a short video of this year's event to whet your appetite...

(*With thanks to @FoodToursJapan for video clips and extra photos)

Need help putting together the perfect itinerary for your trip to Japan? Learn more about my Travel Planning Service HERE.

NEW! 10 Regional Types Of Japanese Ramen You Need To Try

UPDATED! Going To A Thrilling Baseball Game In Japan (2023 Edition)