Interview by AVO Magazine: My First Time In Japan

The AVO Magazine is an epic website in all senses of the word - it's great and it is vast!

Its focus is on Japanese music, with a good amount of anime, manga, and cosplay included for good measure.

When AVO announced their idea for a series of 'First Time In Japan' interviews with travellers in Japan - about their reflections on their first trip to Japan - I was curious.

I thought this was a great idea! So was delighted I would be the first interviewee in this new series.

You can read the full interview online HERE. 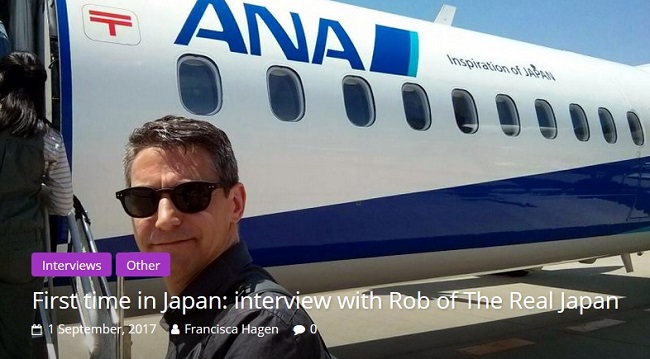 I was asked a lot of questions and they were really thought-provoking. It was only when answering some of them that it made me pause to think about why I love Japan so much. And what it is that keeps me returning after so many years.

I'm looking forward to reading more interviews in the series. It's a terrific idea - I wish I'd thought of it first.

AVO Magazine was created as AVO Blog in 2012 by Francisca Hagen. Based in the Netherlands a great deal of the site is in dual languages - Dutch and English.

It's an online magazine, regularly updated about Japanese culture related events in the Netherlands and Belgium, and publishes reports, interviews, reviews and fun and informative articles.

I'm also interest in (and also write about) music, so that aspect of AVO Magazine has a lot of appeal for me personally.

And it's encouraging to see blogs as well-maintained and frequently updated as AVO is also spreading their love and passion for Japan.

I strongly recommend checking it out - regularly: https://avo-magazine.nl/en/.

UPDATED! Japan Without Japanese (How To Travel In Japan When You Don’t Speak Japanese)

UPDATED! Japan Without Japanese (How To Travel In Japan When You Don’t Speak Japanese)