How Hamburgers In Japan Help Save Society

In Joel Schumacher's 1993 film Falling Down Michael Douglas portrays an unemployed defense worker who, frustrated with the various flaws he sees in society, begins to psychotically and violently lash out against them.

This is illustrated in part by a disgusting-looking hamburger he is served in a fast food joint that bears no resemblance to the tantalising photo on the menu board.

In Japan that would never happen.

Here's the moment from Falling Down...

In fact, I think that most of the time the real thing actually looks better than the menu image!

The menu images are often graphics rather than photographs. Which is rather strange when you think about it. Why not photograph the product when they look this good in reality?!

They also taste great too. 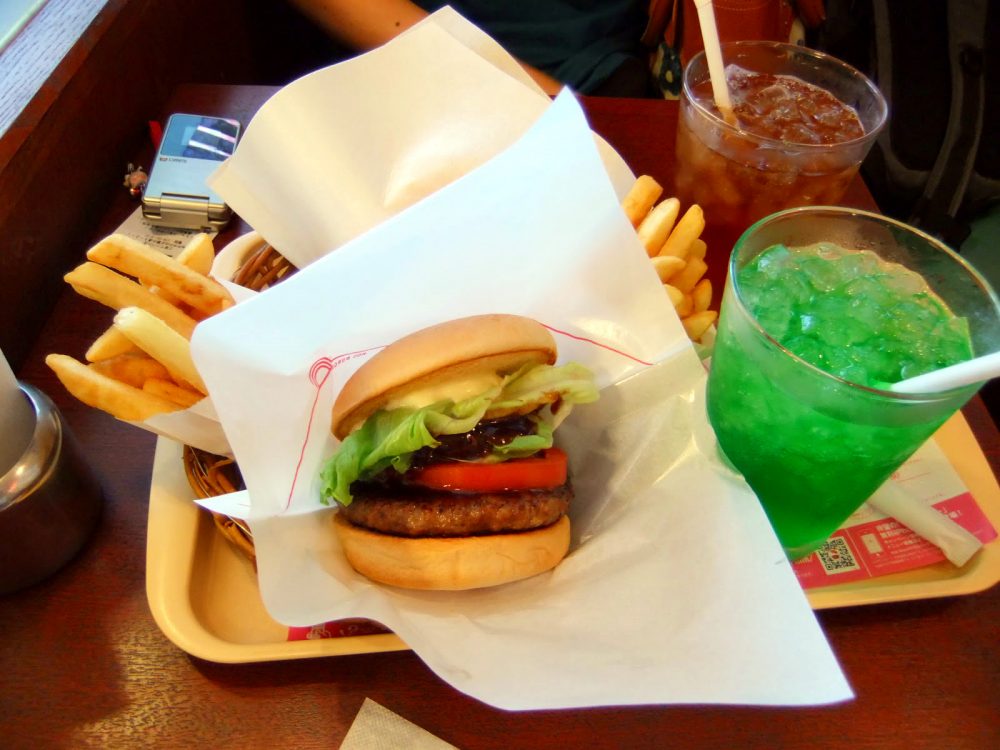 The only natural conclusion we can draw from this is if you get your burgers right, society will be a safer place for us all. ;-)

The Delights of Eating Your Way Around Japan