Goshikizuka Mounded Tomb, also known as Sentsubo Kofun, is an ancient burial ground between Kobe and the Akashi Kaikyo Bridge (which can be seen in the video below).

Goshikizuka Mounded Tomb is the largest keyhole shaped tomb mound in Hyogo Prefecture, constructed around the end of 4th century.

The site has been restored to the original construction. The sides of the large tomb are covered in fukiishi, which are stones taken from nearby riverbeds, typically used as construction materials in early examples of these kofun (ancient burial tombs). 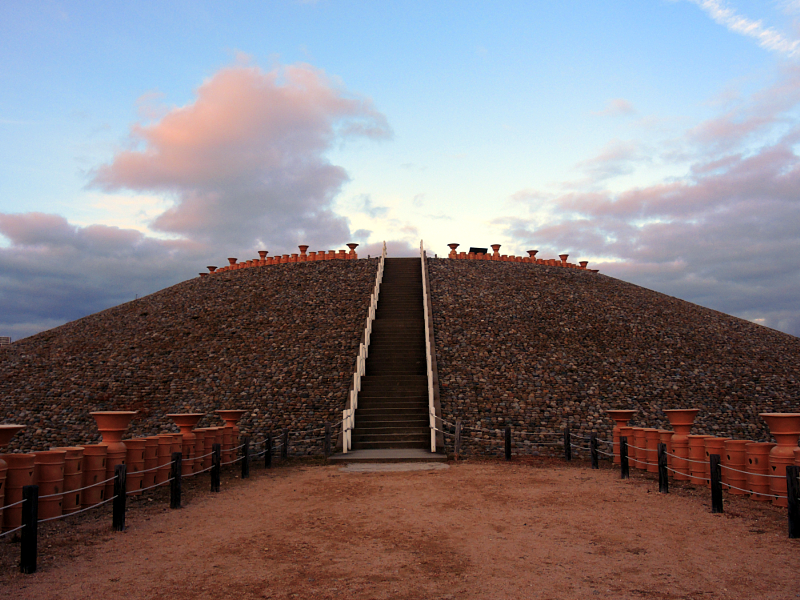 Goshikizuka Mounded Tomb is an unusual and fascinating site with an almost palpable atmosphere, and some great views over the Kobe bay area and Akashi Kaikyo Bridge.