Inside The Diary of A Tokyo Teen (Book Review)

Helpfully and explicitly subtitled "A Japanese-American girl travels to the land of Trendy Fashion, High-Tech Toilets and Maid Cafes", Diary of A Tokyo Teen by Christine Mari Inzer is a vivid personal record and a charming introduction not just to Tokyo but to Japan as a country and Japanese culture generally. 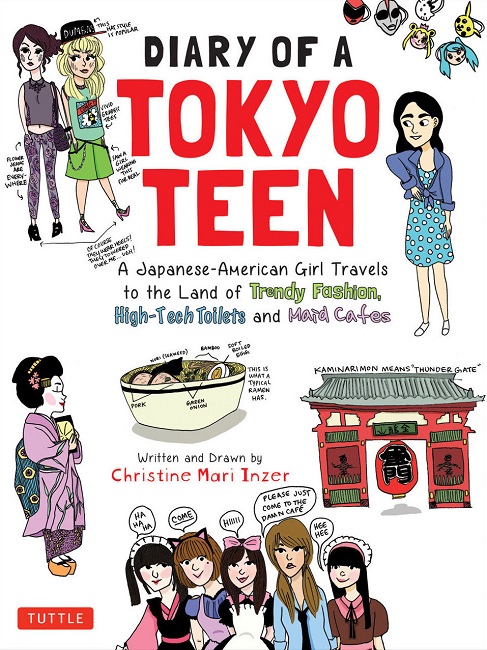 Diary of A Tokyo Teen by Christine Mari Inzer

Born in Tokyo, moved to USA

Christine Mari Inzer was born in Tokyo in 1997 to a Japanese mother and an American father. She spent her first years in Japan before relocating with her family to the USA in 2003.

The summer before she turned sixteen, Christine travelled solo from America to Tokyo, to get reaquainted with her birthplace, staying with her grandparents just outside Tokyo in a small city called Kashiwa. 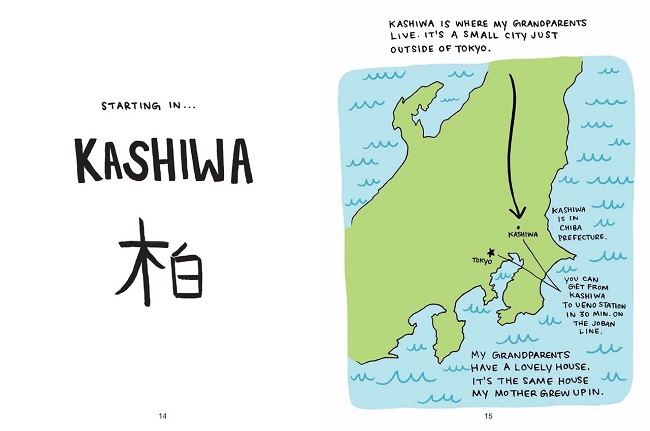 Whilst there she kept a diary of her travels, experiences and encounters and illustrated it along the way, self-publishing the first edition of the book when she was just seveteen.

World-famous publisher of all things Japanese, Tuttle Publishing, have republished Inzer's original book. And a plush edition it is too.

Published in large-format paperback, full-colour throughout, with gatefold covers front and back and high gloss spot varnish on the front cover, Inzer's chronicle looks and feels like a high-end graphic novel. 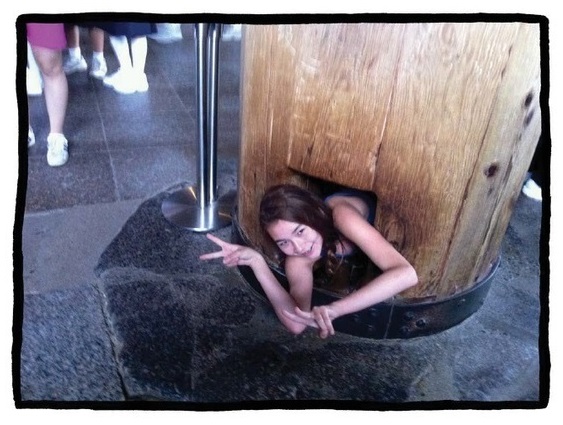 Diary of A Tokyo Teen is 128 pages, but it's a speedy read as this is an illustrated, or 'graphic diary' (a selection of Christine's photos from the trip are also included).

Thanks to Tuttle's lavish production values and the subtle details of many of Inzer's drawings, it's one of those books that you can either zip through from start to finish in one sitting, or dip in and out of whenever you fancy.

Particularly appealing is that Inzer seeks only to capture her personal experience, rather than attempt anything purporting to be a definitive guide. Which is the book's strength. 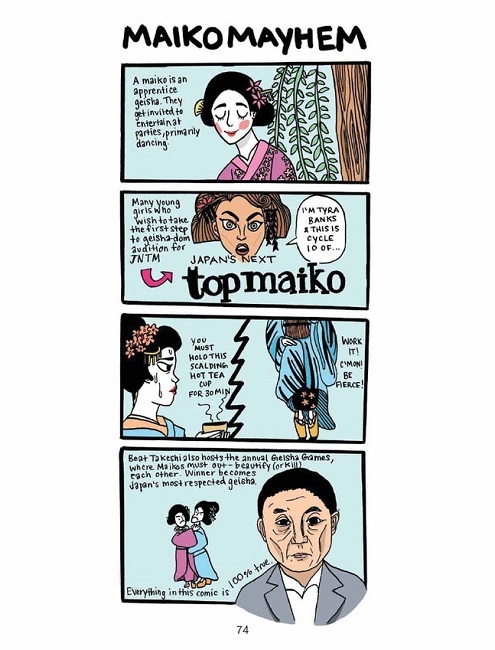 It's like no other book about Japan I've read (and I've read a few!). Many of Inzer's opinions and views I share, so it spoke to me quite personally sometimes - even though I'm hardly not what you'd consider the target audience.

Christine was in Japan for eight weeks in total and whilst most of her time was spent in Tokyo, she also records her first visit to Kyoto, a trip to Nara, plus a local matsuri (festival) in her grandparent's home town of Kashiwa. 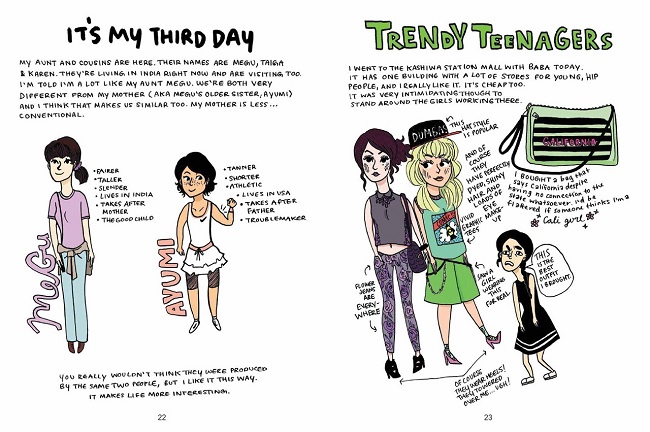 Refreshingly, Inzer doesn't attempt to whitewash or sugar-coat her experiences. In part that's because (at the time of writing) she was a typical teenage girl with all the usual hang-ups, insecurities and straight-talking attitude.

But it's also down to her conversational style, brimming with random quirky observations - perfectly suited to capturing life in a country as eclectic as Japan is.

Impressively, it was her dad who encouraged to take on the trip and write the book, and once she arrived and began exploring, her distinctive character quickly found its voice. 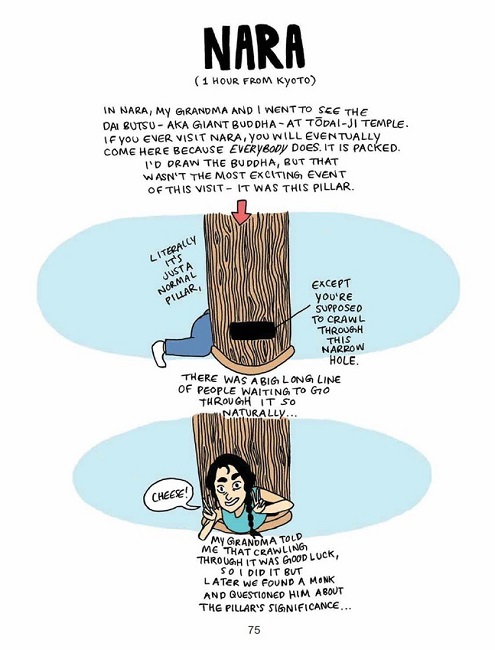 Doing as the locals do in Nara

The book is bursting with amusing observation, funny anecdotes, hilarious stories and wryly observed illustrations. The style of which has an untrained, naïve quality and yet captures the character of people and the distinctive elements of buildings, food, traditions and street life.

Inzer also manages to capture the likeness of family members, particularly her grandparents Baba and Jiji. We know this because there's a photo of them to compare against.

Drawings of herself are often presented in a self-deprecating manner. There's even a photograph of Inzer with her two young cousins, where she's drawn over her own face in the picture because, as she says, “I look bad here so I'm blocking my face”. 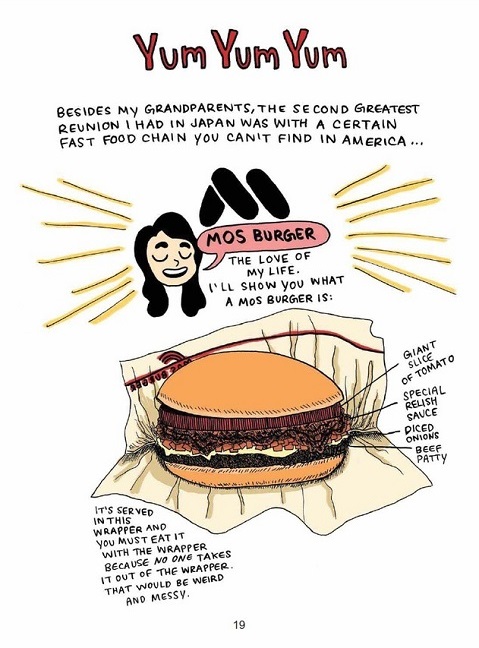 No visit to Japan is complete without trying Mos Burger

Mister Donut's donuts are sweet enough for me

Like travelling in Japan itself, its the details and brief moments in the book that stay with me the most.

We also share a love of katsudon (a deep-fried pork on rice dish). But I completely disagree with Christine's view that Mister Donut's donuts are not sweet enough (and my favourite is the plain, old-fashion one). :-)

She recounts a story of when, during a visit to the ancient capital Nara, she follows a ritual of clambering through a hollow tree trunk. (There's both an illustration and photo to commemorate the moment). 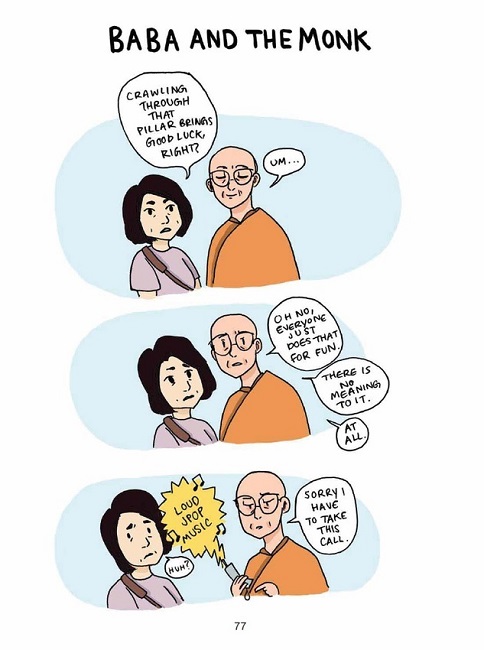 Not everything in Japan has deep spiritual meaning!

Not everything in Japan has deep spiritual meaning

Her grandmother asks a Buddhist monk about the spirituality/symbolism behind the act. He replies saying “Oh no, everyone just does that for fun. There is no meaning to it.”. He then has to break off when his mobile phone's loud J-pop ring tone interrupts them.

Not quite the Zen moment then! Monk takes call on mobile phone – kinda neatly sums up Japan's uncanny ability to blend the ancient with the modern.

I love the random details she picks up on. (I suspect everyone who travels in Japan can't help but do this). She confesses at one point, despite having her extended family around her, to feeling lonely sometimes. I think that's true for many foreigners in Japan. 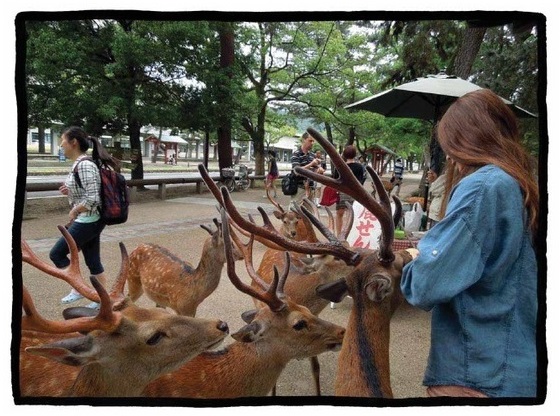 Or the time she notices a rockabilly dude breaking his cool façade, to buy his young daughter an apple juice from a vending machine. Or that awkward moment when Christine asks her dad what a love hotel is. Or how a taste for ramen straddles everyone from construction workers to movie stars.

Some of the things she loves about Japan

At the end of the book, Inzer lists some of the things she loves about Japan. Like the rest of the book they are very personal; such as having lunch at Homework's (Japan's first gourmet hamburger and sandwich restaurant) where she used to go when she was little.

Or buying fresh sashimi in the late afternoon for dinner with her grandma. Anyone who has lived or travelled in Japan, will each have their own versions of these, and be able to relate to the list.

And the whole book works like this. It's another perspective of the experiences, amazing, good, odd, tasty, beautiful, funny, cute, and downright perplexing that sometimes overlaps with your own memories, and reminds you of your own equivalents (or acts as inspiration for those yet to travel to Japan). 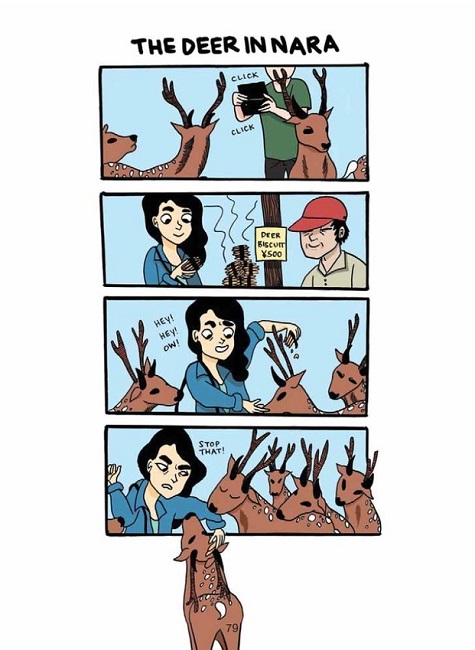 Alongside drawings of her arriving at Narita airport, and the day before her departure from Japan, Christine eloquently and honestly shares that this was far more than just a physical journey for her. It isn't just her fashion that has changed. Experience of Japan has changed Christine.

Japan can do that. There's no other country on Earth like Japan. It's unique.

Everyone who experiences it creates indelible memories, vignettes, fleeting moments that will stay with them forever. What Inzer has done so wonderfully is capture hers into a heartfelt, honest, hilarious and endearing memento that will delight countless others, of all ages.

Buy on Amazon.com:Diary of a Tokyo Teen 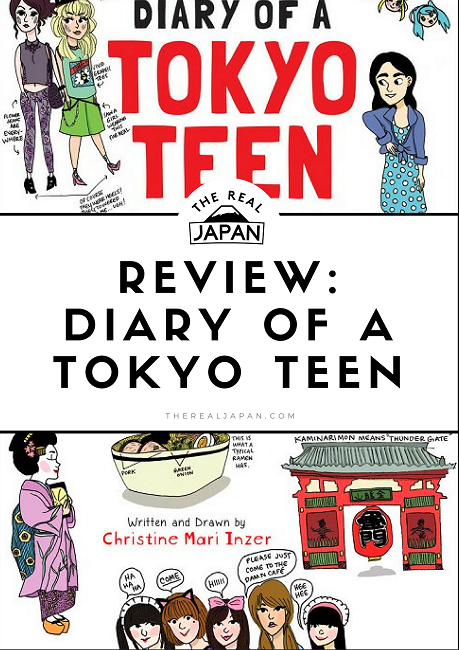 Have you read Diary of A Tokyo Teen? Or maybe you've read another book that's inspired you to travel in Japan? If so, I'd love to hear your thoughts - leave a comment below.